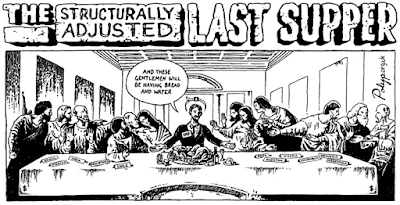 This is a topic I discussed several times here (for example, here, here, here, here or here). Now there is a paper by Marc Lavoie (with co-author) in Intervention, on the same topic. The paper notes that: "There is a paper by Vernengo/Ford (2014) that covers some of the same ground. Their conclusion is that the 2008 crisis prompted only some cautious change in the views being entertained at the IMF" (my paper with Kirsten is here). Just to clarify, that's not exactly our point. The point we make is that while the research department has changed some of their views, without discarding the crucial concept of the natural rate of unemployment in their analytical framework, the policies pursued by the IMF changed very little indeed. So that there is a kind of double discourse. I referred to something like that within the mainstream of the profession as organized hypocrisy. Double discourse in theory, with no significant change in the theories that underlie the policy, and almost no change in policy.* At any rate, as anything that Marc writes this paper is worth your time and attention.

* In our intro we say: "It is concluded that even a most optimistic reading of IMF reports and country arrangements disappoints. The power structure ultimately remains the same: the Fund continues to be the mechanism through which creditor countries enforce contractionary policy on indebted countries." So, in our view, nothing really changed. more window dressing than anything else going on.
By Matias Vernengo - December 22, 2017 No comments: 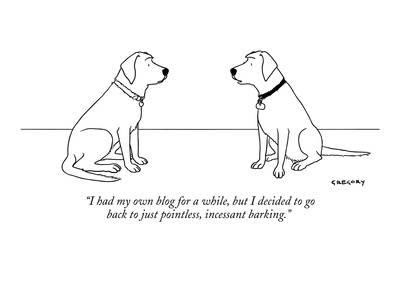 I haven't posted in a while. As I noted before, it's harder to post new things after almost 7 years. Also, I've been both busy and not particularly fond of talking about economics (a certain degree of pessimism about the economy and the profession, I guess). But not yet ready to shut the blog down.

Anwar Shaikh was here at Bucknell and gave a lecture on his new book (Capitalism). Here a review by Susan K. Schroder, who was my micro TA back in graduate school a little more than 20 years ago.

"It has long been recognized that the state of economic theory, particularly modern macroeconomics, is in disarray. With the release of Capitalism: Competition, Conflict and Crises, Anwar Shaikh attempts to place the discipline on a more secure footing. Without doubt, this is a very large and complex book. This review essay hopes to assist readers in unlocking its insights.

Anwar Shaikh has been a Professor of Economics at the New School for Social Research in New York for approximately 40 years. As a graduate student at Columbia University , he was stimulated by political and social unrest of the 1960s and 1970s, and began his exploration of alternative approaches to understanding how capitalism functions. He has been particularly intrigued by the surplus approach to theories of value and distribution, especially those that are grounded in some form of a labor theory of value. The New School’s history of providing space to explore alternative, progressive approaches to a variety of disciplines has provided Shaikh with a natural home, encouraged by leading historians of econo mic thought and method, such as the late Robert Heilbroner and Adolph Lowe. Capitalism is the culmination of his life’s work, his magnum opus."

PS: Anwar uses the term classical-Keynesianism, that I like and that I took from Heinrich Bortis's book Institutions, Behaviour and Economic Theory. There might be some differences on what exactly one means by classical political economy and Keynesianism, but there is a similar preoccupation, which I think is among the most important points of both books.
By Matias Vernengo - December 19, 2017 1 comment: