Argentina and the IMF 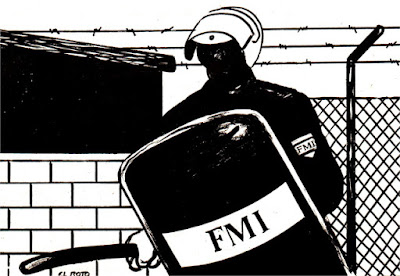 Alberto Fernández, who will assume as the next president in less than two weeks, has said he will not accept the next tranche of US$ 11billion that were part of the US$ 57 billion deal signed by the outgoing Macri administration. Many progressives see this as a good sign, in particular given the history of the IMF with Argentina. I've emphasized, against a lot of heterodox discussion on the subject, that the IMF remains essentially unchanged when it comes to policy prescriptions. So I do get the point.

Note, however, that the best argument for not using it, is NOT the fact that this would increase the leverage with the IMF. It would hardly do that. It's kind of a slap on their face. The leverage comes from the fact that the IMF did commit a huge amount of money, and presumably they knew this was not something that could be repaid under the circumstances that it was contracted. The reasons to accept it or not should be pragmatically associated to whether the country will need them to make the payments next year (and Argentina should negotiate to reduce and eliminate most of the payments, certainly with the IMF in the next few years). I assume that calculation has been made, and, hence, the decision. If Fernández, and his advisors, are hoping for a boost in exports, that might be a mistake.

Also, since someone in Colombia last week asked me whether Argentina should default (the person thought it was a no brainer), my simple reply is that this would be a terrible idea. Yes, the debt in foreign currency, that increased significantly in the Macri administration went to finance capital flight, and in many ways is questionable. And, for sure it was unnecessary, and should had been avoided. But to default implies to be cut from any sources of dollars, and that implies that one must ration imports, which implies by definition that a massive recession would take place. So the default should be avoided.

Note that the follow up question (same person), so why you need imports (of intermediary and capital goods). It's obviously a question of degree, but beyond advanced economies, all economies do need dollars, since it is the vehicle currency, and the one in which the key energy commodities are traded in. There's a reason for those 900 or so US military bases around the globe.

So, yep, not necessary to get the money, if the country doesn't need it for short term obligations. But if we do need it, then there's no shame in getting the next tranche, and negotiate strongly with the Fund.
By Matias Vernengo - November 27, 2019 2 comments:

Venezuela and the embargo 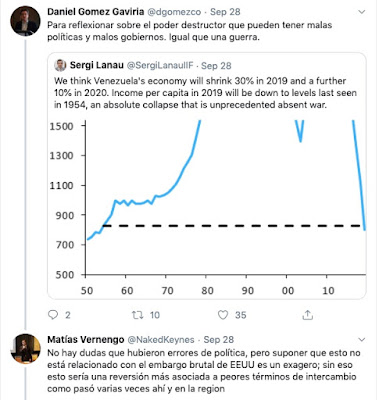 Should have posted this a while ago. I had a conversation with the World Bank economist above on how much of the problems of Venezuela are the result of the embargo. Here a paper by Francisco Rodríguez. Worth reading.
By Matias Vernengo - November 26, 2019 No comments:

Old clip from C-SPAN. It's still worth watching. Strong critique of the failures of the IMF and neoliberal policies in leading to the crisis. We know now that the subsequent bubble pushed the major crisis for another 10 years.
By Matias Vernengo - November 20, 2019 No comments:

The next issue of the Review of Keynesian Economics with Bob Rowthorn's Godley-Tobin Lecture and papers by Barry Eichengreen, Steve Fazzari, Peter Bofinger and Bob Dimand, among others is coming soon.
By Matias Vernengo - November 20, 2019 No comments: 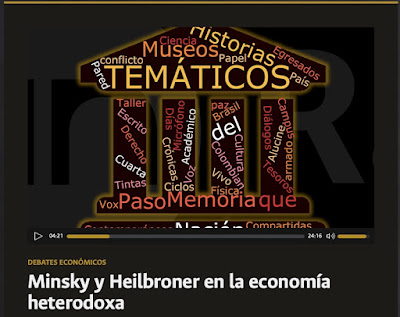 Radio show in Spanish at the website of Universidad Nacional de Colombia. In Spanish of course. A short summary of one of my talks at the conference last week. Thanks to Diego Guerrero and Óscar Morillo.
By Matias Vernengo - November 19, 2019 No comments:

The Moral Economy of Housing 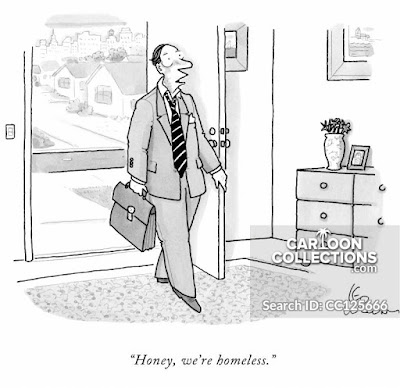 At its most fundamental level, housing is more than a market segment or policy, it is a social relation that serves as the kernel of human survival, which can have profound consequences for the actors involved, the actions they take, and the outcomes that follow. As such, housing provides a set of meanings and values, a material form of emotional, cultural, political and economic significance. It is an institution that points to polyvalent higher order social arrangements that involve both patterns of social mobility and symbolic systems that infuse human activity with a powerful essence. Housing insecurity, therefore, is not a just a means of financial dispossession, but an ontological crisis concerning personal identity and the relationship to the rest of society.

The effects of financialization in Latin America: Is there space for monetary policy? 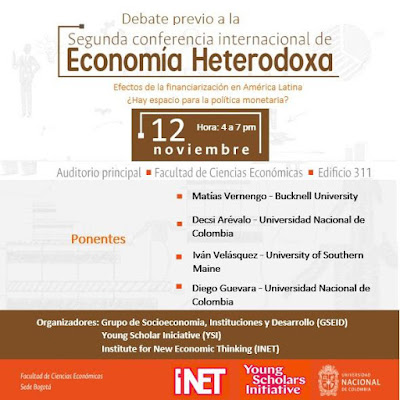 For those in Bogota next Tuesday. I'll link to the live stream, which I think will be available.
By Matias Vernengo - November 10, 2019 No comments:

Contradictions and Challenges for Growth in Latin America 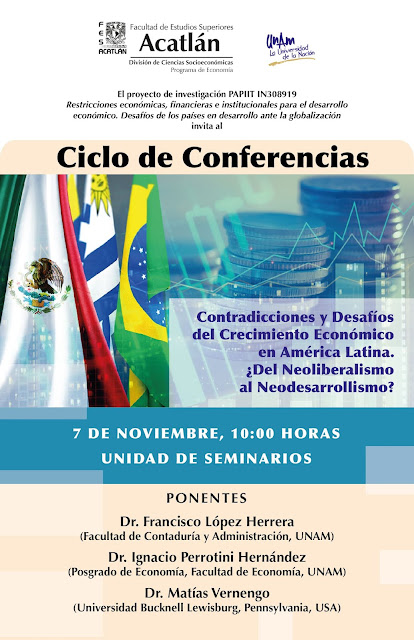 This week, Thursday at 10am, at the Facultad de Estudios Superiores (FES) Acatlán, Mexico for those around. Organized by Teresa Santos López and with my good friend Ignacio Perrotini.
By Matias Vernengo - November 04, 2019 No comments: