The review was just published in American Affairs.

The Past and Future of Political Economy

In this remarkable work, Robert Skidelsky—historian, biographer, and tribune of Keynesian ideas in the House of Lords—unites his experience, knowledge, and talents in a sweeping account of money and power. His topic is not money and power in the familiar (one might say Trumpish) sense of the use of one to obtain the other. Rather, he presents an intellectual history of the control over money as an instrument of state power.

Whether money ought to be conceived as such an instrument is a matter of historic controversy and remains a contested theme in political economy. On one side are those who justify government control over money as a tool of policy: mercantilists, imperialists, war-fighters (as a point of practical necessity), and the followers of John Maynard Keynes. On the other side we find those seeking a stable, automatic, rule-bound economy, independent of politics and in the effective service of creditors over debtors, rich over poor. Here we find David Ricardo, Irving Fisher, Milton Friedman, and—until mugged by reality in 2008—Ben Bernanke. This is the battleground of silver against gold, of bank credit versus specie, of easy money versus tight, of full employment against inflation-targeting as the prime goal of policy. Money and Government brings these battles and their principals into crisp focus over centuries of mostly British but also American political economy.

Arguments for austerity, old and new

Here what I think may be is Fernando Cardim de Carvalho's last published paper (who passed away recently), published in Intervention. From the abstract:


Much of the criticism directed at austerity programs implemented after the 2007/2008 financial crisis, more forcefully in the eurozone, have relied on the same arguments Keynes and others raised against the (British) Treasury View developed in the 1920s and 1930s. Austerity, however, has been proposed most insistently in the 2010s by European authorities, led by the German Federal Ministry of Finance, the Bundesfinanzministerium (BMF). While the arguments for austerity then and now share some common elements, there are enough original arguments being presented by the BMF to make many of the criticisms ineffective. The paper reconstructs both views, the Treasury's and the BMF's, to show and evaluate their similarities and their differences.

There is also an obituary by Fernando Ferrari here (subscription required).
By Matias Vernengo - November 21, 2018 No comments:

Heterodox Central Banking in the Periphery

Our paper with Esteban Pérez on Prebisch's missions as a Money Doctor during the Fed-led missions directed by Triffin to Paraguay and Dominican Republic has been publish in Research in the History of Economic Thought and Methodology. From the abstract:


Traditionally, monetary policy in Latin America followed the recommendations of the missions of the monetary “doctors” who defended an independent central bank and a pro-cyclical monetary policy, adhering to the automatic adjustment of the gold standard. A key function of central banks was to support fiscal stability. The effects of the Great Depression and its aftermath in the periphery countries questioned these recommendations and gave way to a shift in monetary policy. An illustrative example is provided by the creation of the Central Bank of the Argentina Republic (BCRA) under the auspices of Raúl Prebisch, and the technical assistance missions of the United States Federal Reserve to several Latin American countries some of which were led by Robert Triffin. Prebisch actively participated in mission to Paraguay and the Dominican Republic bringing the experience he had acquired as director of the BCRA and the tools devised to adapt monetary policy to a changing external context and circumstances. The use of the discount window and exchange controls, among other instruments, was seen in this new view as necessary to pursue counter-cyclical policies and to provide support for industrialization and full employment in the periphery.

The End of Brazilian Democracy 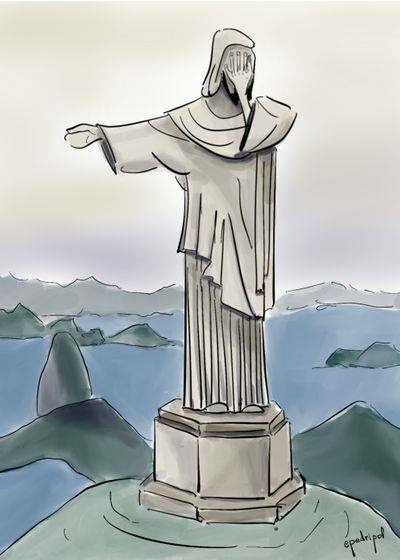 As noted in my previous post on this, there was a good chance that the Neo-Fascist candidate Jair Bolsonaro would win the election in Brazil. And he did, with approximately 39 percent of all votes. There are only a few things that I want to point out about this.

The Workers' Party (PT) candidate received about 32 percent of all votes. Note that 29 percent or so did not vote, in one way or another. So PT maintained almost one third of the electorate in this election, while its rival in the previous 6 elections (PT was the winner or close runner up going back to 1989), the Social Democrats (PSDB), has vanished. And the defeat of PT was possible only with years of judicial harassment, the illegitimate imprisonment of the party leader (Lula), the blocking of his candidacy, precluding him from giving interviews, and the relentless media campaign against PT, tarnishing the party as corrupt. In that sense, the result is not unexpected, and puts in question the meaning of democracy in Brazil, to say the least.

The second important point is that the economic situation will certainly not improve, for those that think that the Brazilian problem was  simply  political instability. In fact, the incoming administration would be a more radical version of the neoliberal post-coup government of the last two years. They are trying to negotiate social security reform, meaning cutting off benefits, and partial privatization, before the end of the year to avoid the political costs associated with it. That on top of the labor reform that was approved last year. The notion is that one would allow for higher savings, since people would be forced to save for retirement, and the other would allow for lower wages, with one leading to higher investment and the other to higher employment. Of course, the logic behind that is hard to sustain, and the evidence regarding this kind of structural reforms is very clear about their failures. Expect lower wages, and higher poverty in old age. And no growth.

The rest is based on the vague rhetoric of the minimal state, meaning spending less (and also taxing less), liberalization and privatization, with a strong geopolitical alignment with the United States (meaning leaving aside even right wing governments in Latin America, like Macri in Argentina). The question is whether they will really promote fiscal adjustment. Paulo Guedes, the incoming minister of the economy (with the finance and planning ministries unified) has suggested that a zero deficit will be pursued (an idea that seems that of an ideological fanatic rather than someone with experience in this matters). It also seems that there will be a greater willingness to allow for a more depreciated real, perhaps creating an exchange rate target. Note that these discussions were very superficial and went hand in hand with the revived idea of using the external reserves for financing the buying of public debt in reais.

I'm more skeptical than Luis Nassif about the the possibility of higher growth related to the competitiveness of a depreciated real. Btw, this was a well-known New Developmentalist proposition, and I'm not sure how it fits with Guedes's Chicago Boy credentials. At any rate, if that happens expect more inflation, and additional contractionary effects of the depreciation. On the second point, the use the reserves to pay down debt in reais there is nothing good to say. It's preposterous. There is no need to use dollars to finance debt in domestic currency. And the whole point of that huge pile of dollars is to avoid a crisis like the Argentine one.

Perhaps, the last two issues that I want to emphasize are the more important ones, and somewhat counter intuitive, relating to his relation to populism and corruption. There is a widespread view that the incoming president is nationalist and that somehow links him to other right-wing populists in the world, like Trump. While it's true that his origins are in a sort of right-wing militaristic nationalism, it is clear that he was willing very fast to shed any ideas regarding the protection of national economic interests. His economic policies will promote free trade and privatization, and will go in the opposite direction of the global trends. Unlike Trump that has been somewhat nationalistic in his trade renegotiations with the North American partners and more clearly with China, Bolsonaro will give up any leadership role in Latin America and discard Mercosul. In part that is the result of Bolsonaro adapting to the needs of the political system in Brazil, and understanding that in order to get elected he would have to signal to the local elites his willingness to promote neoliberal policies.

And that's the most important thing that everybody missed with his election. No, he is not the result of the vote of people tired with corruption. Some (perhaps many) uninformed voters might have that as their main reason for voting him. He's an entrenched politician, with almost three decades in congress (even if an irrelevant one). Bolsonaro is the enthronization of the corruption, meaning the normal back and forth pork barrel politics that allows for policies to be passed in congress. He is the product of that. The elites thought they could use congress, for the impeachment, and the Car-Wash (Lava-Jato) operation against corruption to deliver the government to a PSDB candidate. They failed partially. Bolsonoro rather than the PSDB was the lucky inheritor of the destruction of Brazilian democratic institutions.

But the coalition that was behind the coup is still in power. That is clear with the acceptance of a cabinet position by Sergio Moro, the Car-Wash judge.* That is, the same coalition that allowed all administrations to govern since the return of democracy will be put in place with an increasing role of smaller parties (many connected to Evangelicals; this should be part of another discussion, since it did have a role in his rise, but here again he used that more than representing these movements). And the corruption will continue, but it will not be investigated.

People that voted for him were tired of the inability of PSDB to win elections, and they were essentially anti-PT because they hated the social improvements of the good decade of growth and inequality reduction. The key to the victory was wiping out of one third of the vote, creating high levels of abstention. These are people in the middle, that decided that between a right-winger flirting with authoritarian rule and PT there was no good alternative (and the media, including the international one, facilitated that message). Perhaps, the epitome of that behavior was the ex-president Fernando Henrique Cardoso. Even Cardoso, that Bolsonaro had suggested in the past should have been murdered by the military, said he would not vote for him, but did not endorse Haddad, the PT candidate.

So in my view, the one third of the vote indicates that PT will remain, in spite of all these pressures, the main left of center party in the country in the near future. PT is NOT dead (we will see in the next few years, but that's my bet). Second, expect neoliberal policies to worsen the economic crisis in course. Bolsonaro is not a nationalist in the mold of Trump, although he has authoritarian tendencies, and democracy is at risk. And he is the result of a corrupt bargain to promote the return of the same ruling elites that were in place before PT. How long can he govern without economic recovery, you may ask. Look south to Argentina for an answer. Three years into a disastrous administration it's still unclear that the Peronist left could mount a viable alternative in next year election. So we will have very though years ahead.

* He is the judge responsible for Lula's process, and that paved the way to Bolsonaro's victory (even though he probably preferred a PSDB victory) is going to be the equivalent of the attorney general, the minister of justice.