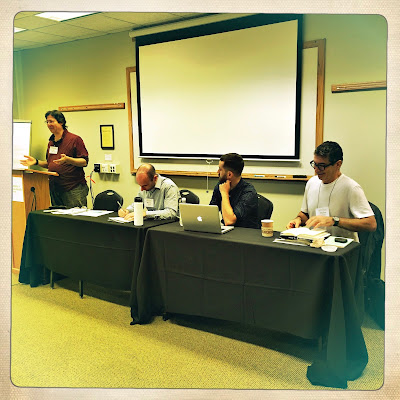 So I have no insider knowledge on what the Argentinean government plans to do. And the White House is a mess; they don't have any knowledge on what they plan to do. But Larry Kudlow, the Director of the National Economic Council, said that the Treasury is deeply involved in a plan to dollarize the Argentinean economy (Guillermo Calvo, an influential conservative economist, has also spoken in favor of dollarization; see here in Spanish).
He supports a Currency Board to solve the run on the currency, and the long-term external problems. That worked well in the 1990s, he said, without a hint of irony. The notion is that the problem, again difficult to believe this type of stuff is still around, is a fiscal problem. So, no fiscal deficits, no printing of money, no inflation, and no depreciation of the currency as the proportion of pesos to dollars increases. The logic of full employment (neoclassical theory), monetarism (Quantity Theory of Money), and a version of Purchasing Power Parity for the determination of exchange rates. It is all very simplistic.

Of course Macri's government promised to do a fiscal adjustment, and to block the central bank to lend to the treasury. But the real problem is external. There is a long-run problem of sustainability of the current account (as I noted earlier). But the real problem now, in the short-run, is the lack of reserves and the forthcoming obligations in dollars (not in pesos). My take on currency crises as being related to external problems here (and the paper here; note that this is about the long-term or fundamental causes, not necessarily the short-run crisis like the one in course now).

I should also say that the fiscal problems that exist have been caused by the government, and not only have nothing to do with the external crisis, they are instrumental, in some sense, in promoting the austerity cuts that allow for the reduction in social spending. As I noted even before the Macri governments started in 2015 (when I wrote it, but published in January 2016)*:


"the coming larger fiscal deficits will most likely be used to try to cut social welfare expenditures, which increased significantly during the administration of the outgoing president Cristina Fernández and her predecessor (and husband) Néstor Kirchner. It would not be surprising if Macri tries to privatize social security once again, something that Menem accomplished in the 1990s, and which had to be reversed in the 2000s as a result of the private system’s complete failure to provide a decent retirement for seniors."

And that is essentially what dollarization would be there to do. Tie the government's hands and help promote an even more brutal fiscal adjustment than the one the IMF (that, yes, has changed a lot, has it not?) can help impose. Why go to the US Treasury, you ask; because it can provide enough dollars to guarantee the stabilization of the currency, and perhaps some lower inflation (by stoping the pass-through to domestic prices), giving Macri or a right wing candidate a fighting chance next year in the presidential elections.

However, dollarization would not solve the long-term current account problems, it will intensify them in fact, and a new collapse like the one from 2001-02 would be inevitable. Argentinean elites, you might think, keep committing the same mistake over and over again. But there again, from their perspective this is fine. The crisis only hits the poor (and the middle classes that are still somehow afraid about the devil of populism). Macri complains about the Kirchner legacy (three years into his government), but dollarization would be truly a terrible legacy. Oh well.

PS: The government has denied plans to dollarize. There again he said in 2015 he would not devalue the currency.

* I also predicted the contraction and the devaluation, which Macri firmly denied back then.
By Matias Vernengo - September 15, 2018 No comments: 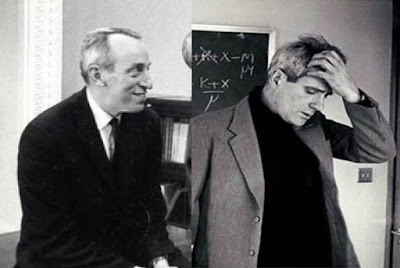 The Review of Keynesian Economics (ROKE) created of the Godley-Tobin Lectures, an annual lecture to be delivered at the Eastern Economic Association meetings. James Galbraith provided the first lecture, to be published in the first issue of 2019.

Wynne Godley and James Tobin represent the best among Keynesian economists. Both scholars insisted they were non-hyphenated Keynesians, meaning Keynesianism transcends the political disputes that often accompany economics. There is a deeper scientific validity to Keynesianism, something we reaffirmed in our inaugural statement of purpose for ROKE [see Palley, Rochon, and Vernengo, 2012].

Wynne Godley was an Oxford-trained economist, influenced by Philip Andrews and the views of the Oxford Economic Research Group on full-cost pricing. He was also a Treasury economist and Head of the Department of Applied Economics, University of Cambridge. He is remembered for the sophistication of his stock-flow consistent macroeconomic models that gave him a prescient sense of the unsustainability of the dot.com and housing bubbles in the 1990s and 2000s. Godley died in May, 2010.

James Tobin was educated at Harvard University and spent most of his career at Yale University. He was also a member of the celebrated Council of Economic Advisers (1961-62), during the Kennedy administration. His accomplishments and contributions to the profession are too many to cite, but it is specifically worth mentioning that he won both the John Bates Clark Medal (1955) and the Nobel Memorial Prize in Economic Sciences (1981). Tobin died in March, 2002.

The Godley-Tobin lectures are intended to celebrate the intellectual achievements of Wynne Godley and James Tobin. We also hope the lectures will contribute to advancing their macroeconomic approach and interests, and help rescue macroeconomics from the narrow theoretical frame within which it is currently trapped.

The editors of ROKE [Tom Palley and yours truly] are pleased to announce that Robert Rowthorn has accepted to give the second annual Godley-Tobin lecture at the 2019 meetings of the Eastern Economic Association, in New York City. Professor Rowthorn is Emeritus Professor of Economics at Cambridge University and a life Fellow of King’s College.

He was also a long-time colleague of Wynne Godley at Cambridge University.
By Matias Vernengo - September 14, 2018 No comments:

Job Guarantee Programs: Careful What You Wish For

Some progressive economists are now arguing for the idea of a Job Guarantee Program (JGP), and their advocacy has begun to gain political traction. For instance, in the US, Bernie Sanders and some other leading Democrats have recently signaled a willingness to embrace the idea.

In a recent research paper I have examined the macroeconomics of such a program. Whereas a JGP would deliver real macroeconomic benefits, it also raises some significant troubling economic and political economy concerns. Those concerns should be fully digested before a JGP is politically embraced.

The real benefits of a JGP

The starting point for discussion should be recognition that a JGP delivers multiple benefits. First, it ensures full employment by making available a job to all who want one on the terms specified by the program. Second, it substitutes wages for welfare benefits to workers who accept such jobs and would otherwise be on welfare. Third, it may deliver supply-side benefits to the extent that it helps unemployed workers retain job skills and avoid becoming detached from the labor force during periods of unemployment. Fourth, society benefits from the services produced by workers holding guaranteed employment jobs. Fifth, it has significant desirable counter-cyclical stabilization properties.

Prebisch manuscripts for his classes on economic dynamics

There is a trend in the history of economic thought field to depend more on archival research. It is certainly nothing new, since some of the best research in the history of ideas, e.g. Sraffa's reconstruction of Ricardian theory, was essentially dependent on archives. The publication of Keynes collected papers have also sparked a wealth of interpretations about his theories, not all worth reading. I have done some research in Marriner Eccles archives at the University of Utah.

In part, this trend results from the fact that there is increasingly more archival material for modern economists that are closer in time to us. Letters, unpublished papers, class notes and so on. That might be useful sometimes, but it can also lead to lamppost driven research or the streetlight effect, where researchers just look at where it is easier to find results, rather than to what really matters.

At any rate, Prebisch's 1948 classes at the University of Buenos Aires, from a few years after he was let go from the Argentinian Central Bank, and before he went to the Economic Commission for Latin America (ECLA, later ECLAC), on Economic Dynamics are (in our view) relevant because they do shed some light on how he thought about economic dynamics, a theme that was central for the theories and the policy action of ECLAC which did have a significant impact on how government in the region managed their economies in the 1950s and 60s.

They have now been published by CEPAL Review with an intro with Esteban Pérez. Link here. With Esteban we have this paper in English on Prebisch and his views on economic dynamics.
By Matias Vernengo - September 08, 2018 No comments: