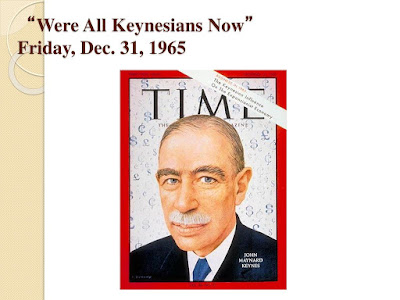 Professor Robert Rowthorn delivered the second annual Godley–Tobin lecture in New York City on 1 March 2019. The title of his lecture was ‘Keynesian economics – back from the dead?’ and it is published in this issue of the Review of Keynesian Economics. The lecture was attended by a large audience and the Question & Answer session provoked a stimulating discussion. Prompted by that discussion, we thought it would be interesting to invite some leading economists to independently address Professor Rowthorn's lecture topic. This symposium is the outcome of that invitation.

We are living in a time which many believe has a distinctly Keynesian character. That is captured in the belief that many economies appear to suffer from aggregate demand shortage or, at least, a proclivity to demand shortage. It is also captured in the revival of the concept of ‘economic stagnation,’ which was an idea that had much traction in the 1930s and 1940s but then fell away in the 1950s with the post-war boom and the non-reappearance of depression-like conditions.

Another Keynesian feature of the times is the character of macroeconomic policy, particularly fiscal policy. Following the financial crisis of 2008 and the Great Recession it spawned, there was a global turn to sizeable coordinated fiscal stimulus. Though that turn was truncated (Keynesians would say mistakenly), its legacy remains in place in the sense that discretionary counter-cyclical fiscal policy is back. That is evident in the renewed widespread belief among economists and policymakers regarding the value of fiscal stimulus to combat recessions, though the details of when, how, and how much are still contested. That contrasts with the situation before the Great Recession when the mainstream consensus was that discretionary counter-cyclical fiscal policy was largely ineffective.

From the last issue of ROKE with free papers by Rowthorn and Eichengreen.
By Matias Vernengo - January 30, 2020 No comments:

A Stock Market Boom is Not the Basis of Shared Prosperity 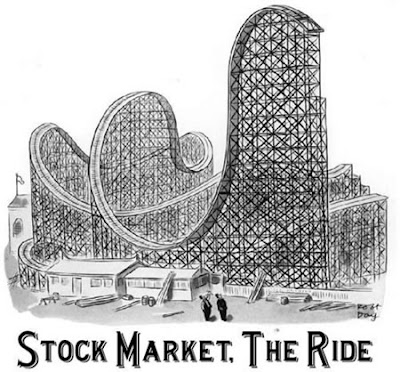 The US is currently enjoying another stock market boom which, if history is any guide, also stands to end in a bust. In the meantime, the boom is having a politically toxic effect by lending support to Donald Trump and obscuring the case for reversing the neoliberal economic paradigm.

For four decades the US economy has been trapped in a “Groundhog Day” cycle in which policy engineered new stock market booms cover the tracks of previous busts. But though each new boom ameliorates, it does not recuperate the prior damage done to income distribution and shared prosperity. Now, that cycle is in full swing again, clouding understanding of the economic problem and giving voters reason not to rock the boat for fear of losing what little they have.

Two short clips from Lawrence Summers talk at the ASSA meeting in San Diego. So he first says that secular stagnation is more plausible now than before. He sees that it can be explained as a shift of the IS curve backwards. His IS has a somewhat marginalist foundation, with a natural rate, and a fairly conventional story for investment. Of course, the negative shift has bee compensated by some sort of stimulus, that is now weaker. I would say a smaller multiplier that affects the slope of the IS would make more sense.
And he does say in the next clip that the IS is steeper, and the LM is flat, or that we are in a liquidity trap. Again, I think it's not really that, and simply a policy decision of the Fed, inevitable given the circumstances, perhaps.
He also, is not optimistic on monetary policy, and is pushing for expansionary fiscal policy. And certainly, even if there are many differences in the way I would portray the current macroeconomic situation, in particular the causes of the slow recovery and what he calls secular stagnation, on the policy issue we are not that far.
By Matias Vernengo - January 08, 2020 No comments: 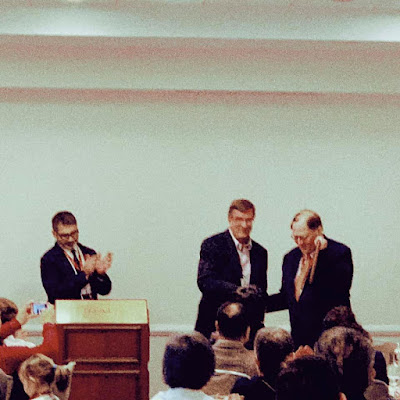 Ritual and prestige among the Institutionalists

Jamie got the Veblen-Commons award, something his father received back in 1976. I introduced him, and as expected discussed a bit his contributions to economics, and the understanding of institutions. His most important contributions are on the field of inequality, and the work he has done with the University of Texas Inequality Project (UTIP).

There are many contributions that Jamie and UTIP have made. His use of the UNIDO payroll data, that he noted in his Godley-Tobin Lecture, has significant advantages over tax records and household survey data, and provides a different picture of global inequality. His use of the Theil decomposition is also original and provides new insights on inequality. And there is the more important contribution, his preoccupation with the macro-foundations of distribution theory.

I suggested, however, that perhaps his most provocative contribution to the understanding of economics and the evolution of institutions is in his notion of the Predator State, that in which private interest has taken over the commanding heights to promote the looting of what is left of the New Deal and Great Society project. This notion harks back to his father's famous trilogy -- American Capitalism, The Affluent Society and The New Industrial State (NIS), in particular the latter.

The evolution of of the bureaucratic state that was disappearing as his father wrote about it -- NIS was published in 1967 -- and its transformation into a predatory machine of the elites is central to understand inequality.
By Matias Vernengo - January 06, 2020 No comments: