Argentina and the IMF: What to Expect with the Likely Return of Kirchnerism 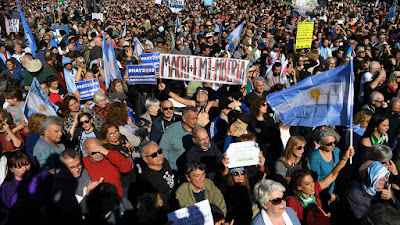 The Argentine economy is on the verge of another default less than two decades after the last one, in 2002. The forthcoming elections, in October 27, will most likely bring back the Kirchnerist opposition back to power, and they will have to negotiate with the International Monetary Fund (IMF), that has the power to prevent a crisis.

Argentina has a long and turbulent history with the IMF that dates back to the country’s entry in the organization in 1956 and to the first loan that was received the following year, after the military coup that brought down the Peronist government in 1955. Since then, the country has been an adept user of IMF resources, ranking among the countries that signed the most agreements. The loan of approximately $57 billion, reached in 2018, is the largest in the IMF’s history, and is a Stand-By arrangement, since it comes with the imposition of economic policies designed by the IMF. This contrasts with the period in which Néstor Kirchner and his wife Cristina Fernández de Kirchner were in power.