Raúl Prebisch as a Central Banker and Money Doctor 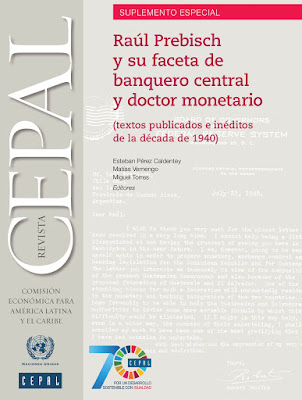 Here we edited with Esteban Pérez and Miguel Torres some unpublished manuscripts from Prebisch related to the Federal Reserve missions, led by Robert Triffin, to the Dominican Republic and Paraguay, in which he emphasizes the need of capital controls in peripheral countries that did NOT have the key hegemonic currency. There is also a discussion of Keynes and White's plans for Bretton Woods, which were partially published before. In Spanish. Happy New Year!
By Matias Vernengo - December 30, 2019 No comments: 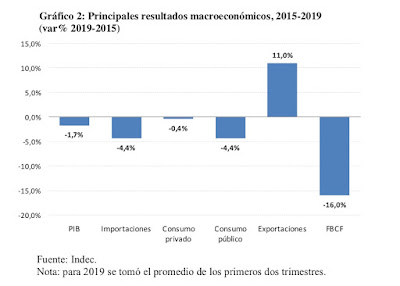 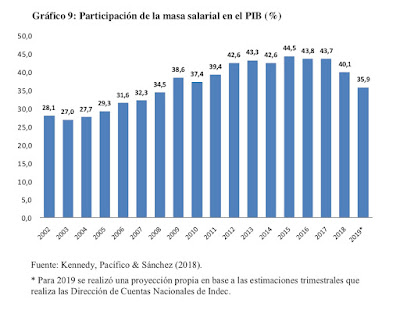 As Fernández said, his administration inherited the chaos. But there are reasons for hope in the dark.
By Matias Vernengo - December 25, 2019 No comments:

A Conservative win will create a neoliberal hot zone and dissolve the UK: here’s how to stop it

I could not get this op-ed (written November 6, 2019) published as it was a mix of too dull & didactic, and too partisan or not partisan enough. Anyway, in the wake of the election, I think it was analytically spot on so I have decided to post it. Also, it makes clear the very special circumstances of the UK election. It is a gross distortion to extrapolate from the UK to the US. Unfortunately, that is exactly what elite US media (e.g. New York Times) and neoliberal Democrats are now doing.
Opinion polls are predicting the Conservative Party will romp home in the UK’s upcoming general election. Unfortunately, given the party’s current extremist inclinations, that stands to transform the UK into a neoliberal hot zone and also dissolve the UK within a decade.

The costs of a Conservative winA Conservative majority government will quickly implement a Brexit that inflicts significant economic and political injury. Additionally, it will double-down on neoliberalism which has already done so much damage.

My interview (in Spanish) on central banks, development and some moderate optimism about the forthcoming Argentinian government of Alberto Fernández.
By Matias Vernengo - December 09, 2019 No comments: 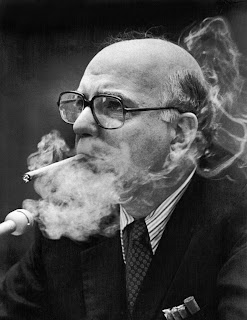 Paul Volcker has passed away, and many obits (NYTimes here) and blog posts will be published in the next couple of days. Most likely, the majority will suggest how Carter appointed him to bring down inflation, a courageous decision, that might have costed him the election, and how Volcker went on to stabilize the so-called Great Inflation. Volcker was the head of the New York Fed from 1975 to 1979, before he was appointed chairman of the Fed in that year. He can be seen as the anti-Marriner Eccles, the first chairman properly speaking, and Roosevelt's central banker. Volcker was the quintessential Monetarist central banker, and his tenure is symbolic of the rise of Neoliberalism,* as much as Eccles' tenure was the symbol of the New Deal social democratic values.

It is important to remember that Volcker actually imposed Milton Friedman's monetary growth targets as the Fed policy, for the first time, since central banks, the Fed included, had traditionally acted by managing the interest rate, rather than trying to control the monetary aggregates. That policy was a failure and was short lived, being abandoned still during his tenure as chairman. Charles Goodhart noted that every time a central bank tried to control a monetary aggregate, the previously stable relationship between that monetary aggregate and economic activity broke down. This became know as Goodhart's Law.

But the Volcker interest rate shock was part of the set of policies that brought inflation down, even if the effects were not necessarily the ones anticipated, and the mechanism not the one assumed by Monetarist theories. It was NOT the result of lower monetary emissions, as much as the fact that higher interest rates, significantly higher, and the recession that followed, together with the opening of the American economy to foreign competition led a large increase in unemployment. The worst recession since the Great Depression, and that reduced the bargaining power of workers.

The other consequence of the interest rate shock, and the more profound globally, was the appreciation of the dollar, which showed that the dollar was still the key currency globally,** and the collapse of the Mexican economy after a default, which led to the so-called Debt Crisis of the 1980s, which not only hit the Latin American periphery, but many countries in Eastern Europe, helping also in the eventual collapse of real socialism. Asian economies, and their Japanese creditors, were hit by the crisis, but managed better the problems of debt overhang, being able to continue to borrow and avoiding the collapse in growth known as the Lost Decade.

Volcker left the Fed in 1987, followed by Alan Greenspan, who was responsible for the deregulation of financial markets (e.g. the end of Glass-Steagall) more than any other person, perhaps. The legacy of financial deregulation is well-known, with a succession of bubbles, and rescues by the Fed of "too-big-to-fail" institutions. Volcker was a critic of financial deregulation after the crisis, suggesting famously that only the ATM was a useful financial innovation. The Volcker Rule, introduced with the Dodd-Frank legislation, forbade banks of using their own accounts for making some investments in derivatives and other financial instruments. In many ways, this was too little, too late.

If you read the regular obits and pieces in the media, I am sure his legacy will be defined fundamentally for achieving low inflation. He would be the father of what Ben Bernanke called the Great Moderation. But his policies are also co-responsible for lower growth rates, on average, wage stagnation, and increasing financial instability, in the center and the periphery.

* And yes Neoliberalism started with Carter, not Reagan, even if the latter was considerably more radical in his pursue of conservative policies.

** It is worth noticing that Volcker was the under secretary for international affairs during the Nixon Administration when the system of Bretton Woods collapsed, and the dollar was allowed to float. In a sense, he was there for the depreciation and then appreciation of the dollar, and the imposition of what has been termed the dollar diplomacy. In other words, he proved that abandonment of Bretton Woods was NOT the abandonment of a dollar based international monetary regime.
By Matias Vernengo - December 09, 2019 No comments: