On the blogs -- Election edition 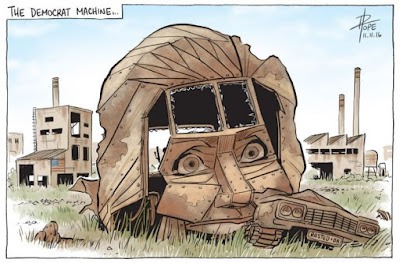 The long haul -- Paul Krugman, right that is going to be a disaster, but not very perceptive on how (it's not about the bad things that will happen and Drumpf will be unprepared to deal with; it's all about the predatory behavior of the GOP and the president elect cronies, that will feed on the government machine to further enrich the already wealthy)

On Winsconsin! -- Barkley Rosser on how Bernie would have fared

Map of the Day -- David Ruccio shows how to cross the all red country
By Matias Vernengo - November 13, 2016