How bad is unemployment? 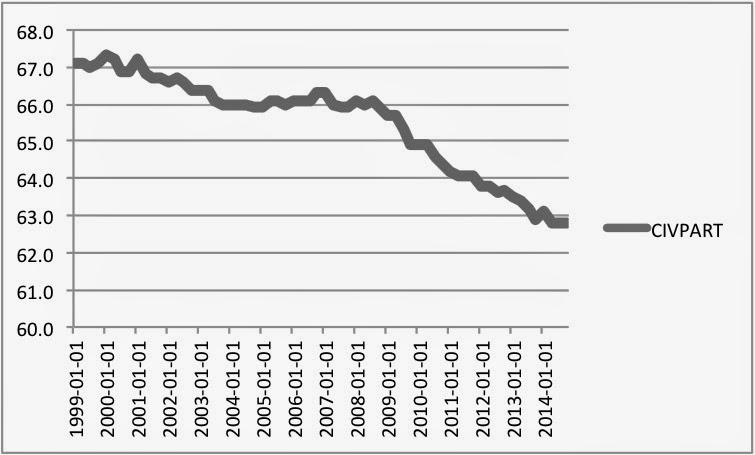 This calculation was done before (here and here), and the new graph is below showing that unemployment would be at a much higher rate. 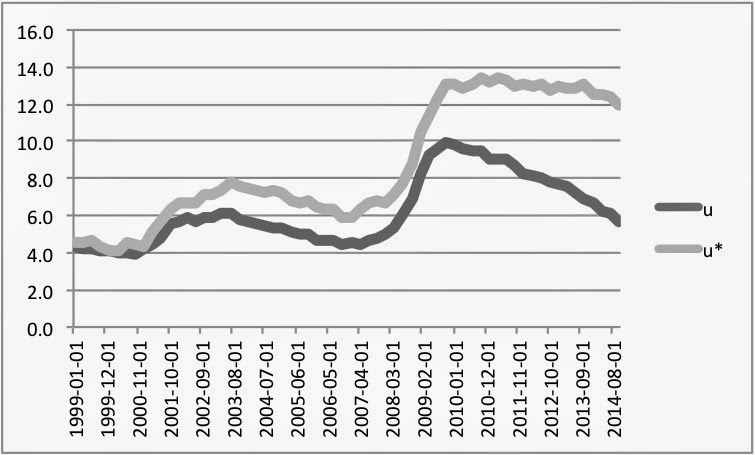 In fact, the rate of unemployment (u*) would be a bit more than double the current rate of unemployment (u) if the participation rate remained at 67% of the labor force. That might explain why real wages have not increased much in this recovery. The recovery is even weaker than it looks.
By Matias Vernengo - March 12, 2015