Internal devaluation and the Greek crisis

Last month, using the ILO's Global Wage Report, I noticed that real wages in Greece had collapsed by an outstanding 24% since 2009. Further, I suggested that my guess was that this internal devaluation was NOT the cause of the improvement in the current account (CA), which as can be seen below did in fact improve (2014 is an IMF estimate). 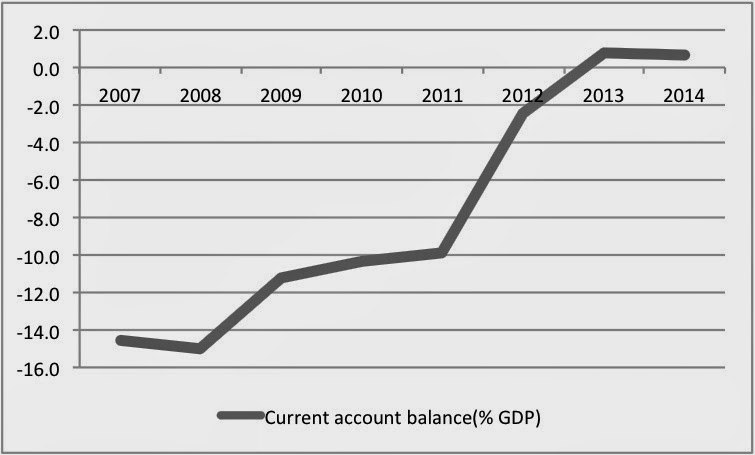 The question is whether real exchange rate depreciation, in this case a reduction of real wages, since the  nominal exchange rate is fixed (so to speak) with respect to other Euro countries, was a significant force behind the improvement in the CA balances.  Note that the improvement is basically all due to the collapse of imports, since the growth of exports (both shown below) has been basically zero (again 2014 figures are estimates). 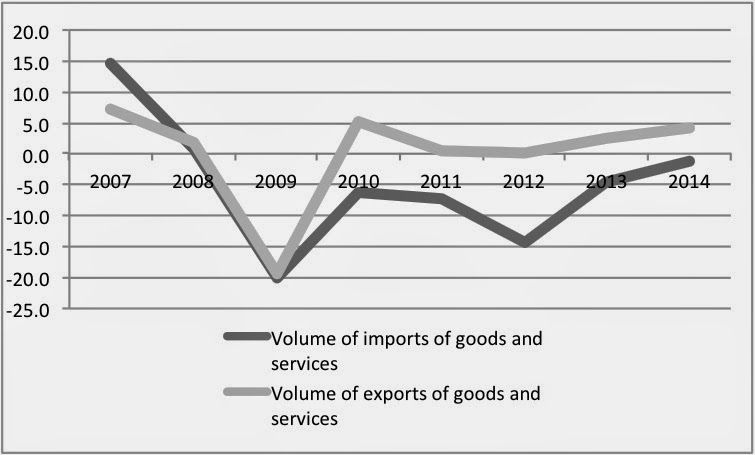 Lower real wages had an impact, if they did, on demand, not in leading to higher exports associated to lower domestic costs. In other words, less demand associated to lower wages and a collapsing domestic economy is what has allowed for the rebalancing of the external accounts. If there are any doubts, below you can see the high correlation between GDP growth and the collapse in import growth. 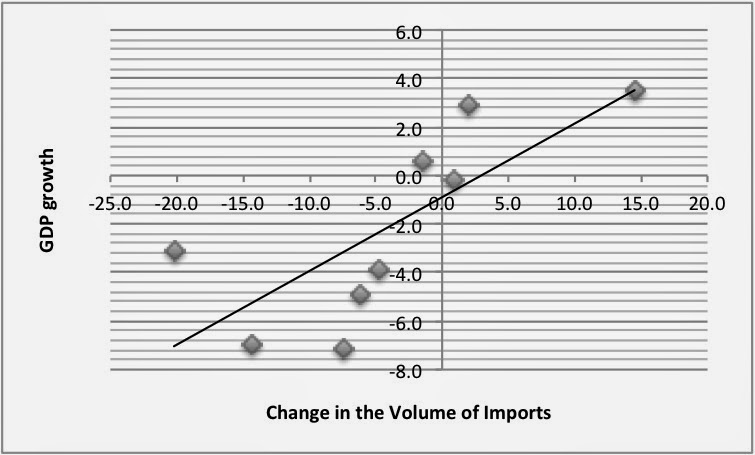 This suggests that devaluation, be that internal as it has been so far, or external as leaving the Euro might imply, is not necessarily enough to solve the current crisis.
By Matias Vernengo - January 05, 2015