ILO's Global Wage Report: Nothing to be happy about

The GWR 2014/15 has been published and is available here. I'm sure I'll post more on it later. Here just one of the several things to take into account. Wages in advanced economies fell in 2008 and 2011, and have grown very little since the beginning of the crisis in 2008. Basically stagnated. Disaggregating by country you get the figures below. 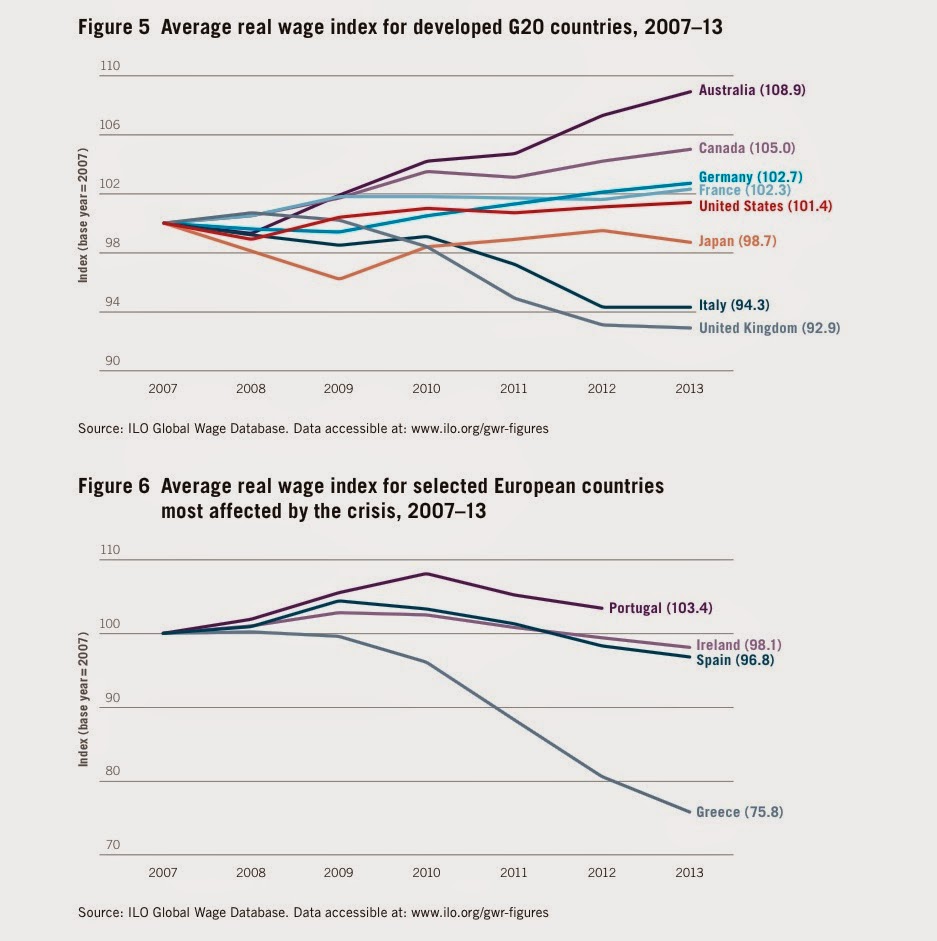 The declines are in Japan, Italy, UK, Portugal, Ireland, Spain and Greece. Japan in eternal deflation, and the European periphery under Troika's adjustment programs. In Greece a collapse of about 24% since 2009. This is not only result of the austerity policies, but also of specific policies to reduce wages, like a 22% cut in the minimum wage for unskilled workers aged 25 and over and a 32% cut for those under 25, the weakening of collective bargaining, and the massive cuts in public wages and employment. Internal devaluation. But the recovery of the current account balance, I'd bet, is related to collapse of imports, not expanding exports (more on that later).
By Matias Vernengo - December 05, 2014