Why is neoclassical economics so resilient? 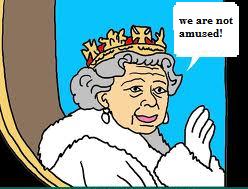 For non economists the Great Recession proved that economists are not serious. The Queen of England after a visit to the London School of Economics in 2008 asked how it was possible that economists failed to predict the crisis (yes, it is a bit ironic that woman that has only a decorative role essentially asks what is the role of economists if they cannot foresee crises). Her precise words were: "It's awful. Why did nobody see it coming?"

Many answers followed, some really bad, and others more to the point. And yes several economists, fundamentally heterodox ones, saw it coming. But the mainstream has remained, not only one step behind in the understanding of what has happened and why, but very reluctant in catching up with heterodox authors, which is not completely disconnected from the resilience of austerity as a policy to deal with the crisis.

Note that this crisis has been very different than the Great Depression, a period that became known for the revolutionary changes in economic theory as "The Years of High Theory," fundamentally as a result of a homonymous book published by G.L.S. Shackle in 1967. The question is why the previous crisis, during the inter-war period, led to a serious effort to rethink the discipline, but this time around nothing much happened.

In my view the only way to understand why the profession did not react to its own failure, by the way something that contrary to many others I did expect, is in light of the history of ideas, and the failures of the previous revolutionary changes during the years of high theory. First, it is important to note that Shackle himself, in ways that are very similar to the mainstream (even though Shackle was the missing link, if there is one, between Post Keynesians and Austrians), suggested that the revolutionary ideas of Keynes and Sraffa, that where at the core of the changes in the 1920s and 30s, basically meant that market imperfections imply that marginalism is a limited guide for the real world (for more see papers here and here). The point is that both Keynes' Principle of Effective Demand, and Sraffa's critique of Marshall, which led him to a revision of price theory and to the recovery of the old and forgotten theories of the surplus approach culminating with his 1960 book and the critique of the logical consistency of marginalist theories, were radical departures from neoclassical theory.

Also, it is important to note that back in the inter-war period, although the marginalist school was dominant in the UK, with Marshall reigning supreme in Cambridge, and Continental Europe, Austrians, Swedes and Italians (were Walrasian economics had more influence) at the front of the pack, in the US, which was then becoming the new hegemonic power, the predominance of marginalism was less clear. In fact, most institutions, like the American Economic Association, the National Bureau of Economic Research, and several universities were dominated by institutionalists. It is, in fact, only with the Keynesian Revolution, with Hicks, Hansen and then Modigliani (the one to introduce the fix wage model) that a certain version of Keynesianism, more neoclassical, that marginalism becomes dominant in the US. It is with the Keynesian Revolution that neoclassical economics became dominant in the US.

So the point is that a certain version of marginalism, that suggested that imperfections were at the heart of the problem, became dominant in the US, and that was a departure from the previous dominant school, but one that had significant problems. When those problems became evident in the 1960s in the midst of the capital debates, this sort of neoclassical synthesis Keynesianism came under attack, and the monetarist and New Classical counter-revolutions were possible. The return of vulgar economics was inevitable at that point. In this context, the profession lost capacity to understand reality, since it became, to a great extent, pure apologetics for free markets. Also, this counter revolution explains why authors like Krugman (which still learned his economics from old Keynesians) are surprised by the fact that the profession has forgotten basic things (the dark age of macroeconomics is his very apropos term).

Finally, the last reason why this time around the crisis did not lead to serious rethinking of the limitations of the dominant paradigm is that, while in the inter-war period Fascism and Communism were real threats (and the latter a threat to capitalism), this time around there is no significant alternative contender. Not only the US supremacy is uncontested in any serious way, but also the economic system itself is safe.

Note that vulgar economics, the shallow apologetic of markets, was dominant in the post-Ricardian period (from the 1830s onwards) and was not seriously contested until the inter-war period (Marxism, the only serious development within the surplus approach, and, hence, within scientific economics, was marginal of course). So this current state can, and most likely will, continue for a long while. Heterodox economists should prepare for the long winter. Teaching, maintaining serious and autonomous research (meaning that dialogue with the mainstream is less important that original research trying to understand the real world) and producing new heterodox economists (the production of heterodox economists by means of heterodox economists) are the tasks ahead.
By Unknown - July 26, 2012