Who won the debate? 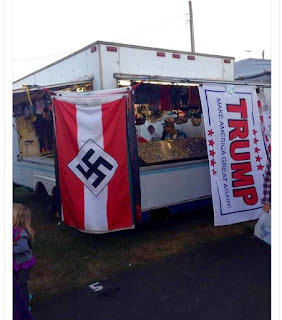 This is always a complicated question, since most people tend to think that their candidate won. And you may ask: who cares? After all debates have probably limited impact on the elections outcome anyway. But I think it is important to note that while most of the media (yes, I follow the liberal media) suggests that Hillary won (see here or here or here), one should take those results with a grain of salt.

I think the initial round on trade was clearly better for The Donald. Not only because he sounded more concerned with lost jobs, and deindustrialization in the Rust Belt, which he did (she said that she wants to bring back the 1990s; "I think my husband did a pretty good job in the 1990s. I think a lot about what worked and how we can make it work again..." were her precise words), but also because that is the main constituency for the debate. He was not trying to win the votes of African-Americans or Hispanics. That's why he double down on the law and order and nativist discourse. He wants the votes of blue collar workers in swing states, crucial ones in the old industrial belt. And he scored big there.

Also, while he actually gets his base excited, it's difficult to say the same about Hillary. And yes she sounds presidential. But the fact, that he doesn't sound presidential is what makes him appealing to his base. It's his strength not his weakness.

Winning the debate should be about that, who increased the chances of winning, and, if you ask me, he appealed to his base, and reached for blue collar workers for whom the economy has been terrible as he suggests, and for whom the 1990s Clinton policies that she thinks worked and can work again (hopefully not financial deregulation... or NAFTA, for that matter) were part of the problem.* The debate yesterday reminded me why I thought Bernie was the better choice, and I fear that's what many young (nope I'm not young anymore) progressives might have taken from it too.

Finally, it is important to note that almost everyone has been writing his political obituary since the election cycle started. His first answer, when he said he wouldn't support another GOP nominee was supposed to be the end. In the first debate. So most of the pundits saying she won now do not have a good track record. Even if many (not all, but some very visible, as per photo above) of his supporters are deplorables, it's worth noticing that their economic grievances are real.

Note that this doesn't mean he is going to win the election. Demographic changes make it harder for Republicans to win now, since Dems get more of the electoral college to start with. And I hope he doesn't, btw. But there are good reasons to be afraid. This is going to be way closer than it should be.

* The fact that she has not fully renounced Clintonomics, i.e. financial deregulation, austerity (End of Welfare as we know it) and free trade, is a problem for the progressive base of the party. She walked back some of these, mostly after pressure from the Bernie campaign, but is unclear that these changes would stick.
By Matias Vernengo - September 27, 2016