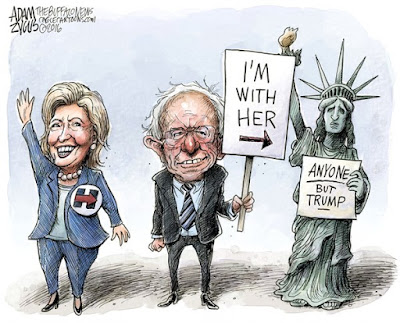 That is why it would be a huge (yuge, really) mistake if Hillary chooses Tim Kaine over Sherrod Brown as a running mate. Both are senators from swing states, but only Brown would be credible as a critic of FTAs. Don't get me wrong. I don't think that if she chooses Sherrod Brown her positions on trade could be trusted blindly (see here, for example; Obama too was critical of FTAs before he was elected). But it would send a signal that the constituency (mostly related to labor) within the party that would want a less pro-business approach to trade would have a voice in the White House (btw, I wouldn't trust Trump's views on trade; given his proposals on taxes, his administration would be the most pro-business since Calvin Coolidge).
By Matias Vernengo - July 22, 2016