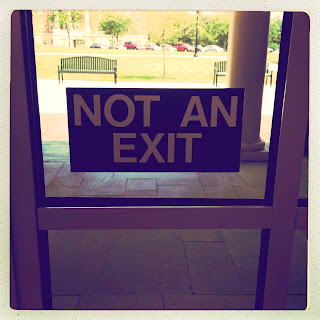 The Left should create a popular front against the EU

In the 5th of July 2015 the huge majority of the Greek people (61%) rejected the insolent demands of the EU for the extension and deepening of the austerity and pro-capital restructuring policies in Greece. These demands were codified in the so-called Juncker Plan for Greece that set barbaric terms for the extension of the previous austerity program (the 2nd Economic Adjustment Program for Greece) in exchange for releasing much delayed tranches of the troika loans to Greece. These tranches were urgently needed for repaying instalments of previous loans by the troika. As I have argued in a previous note (‘The Greek referendum and the tasks of the Left’) SYRIZA was led unwillingly to call this referendum because of the failure of its unrealistic program for a ‘decent compromise’ with the EU and for ‘staying in the Eurozone at any cost’. Moreover, the whole affair proved beyond any doubt that EU is a capitalist and imperialist integration that cannot be reformed towards serving peoples’ needs.


The referendum’s victory with such huge margin was unexpected even for the NO supporters. In the short one-week campaign the Greek economic and political elites unleashed a blatant terror and misinformation campaign through their mass media purporting that a NO vote would destroy Greece and that EU’s terms should be unconditionally accepted. In this unconcealed blackmail the Greek politico-economic elite was directed and abetted by the EU with direct interventions by J.C.Juncker, the German government and the rest of EU’s high priesthood. Moreover, the EU proceeded to literally slowly strangle the Greek economy by curtailing, through the ECB, the injection of liquidity to the moribund – because of the troika policies – Greek banking sector. This led the SYRIZA government – on top of foolishly (?) emptying the state coffers for paying previous troika installments – to impose capital controls the very day that pensions were going to be paid. This alienated significant portions of the middle and lower strata and turned the previously almost sure NO victory to a gamble.
On top of that, SYRIZA for almost half the campaign week dragged its feet; flirting with canceling the referendum, revoking its support for NO and with several of its prominent members and ministers covertly helping the YES coalition. Only the last two days SYRIZA actually threw its support behind the NO campaign. Last but not the least, the Communist Party also facilitated the elite’s assault by campaigning for a null vote or abstention; a move that cost it dearly in its electoral support. Only the independent and extra-parliamentary Left and grass-roots initiatives and movements fought from the very beginning for NO.

Despite all these adversities, the NO ended winning by a landslide. It was a silent landslide because in the mass media and the public debate there was a suppressing dominance of the YES instigated by the Greek politico-economic elite and by the incompetent acts of SYRIZA (particularly the banking ‘holiday’, the capital controls and the problems in paying pensions and wages). It was also a class landslide in that the working people, the peasants, the lower middle strata and overwhelmingly the unemployed youth voted for No whereas the bourgeoisie and the upper middle strata voted for YES (see http://www.publicissue.gr/en/2837/greek-referendum-2015-no-voter-demographics/).
It is now evident that SYRIZA’s leadership and systemic centers did not welcome this landslide. They expected the win of NO or YES to be by a small margin that would facilitate them to argue that there is no popular support for a confrontation with the EU and thus proceed to an agreement with EU’s high priesthood. As all evidence suggests the NO landslide caused panic not only to the politico-economic establishment and the EU but also to the SYRIZA leadership. Thus, immediately the day after SYRIZA threw away the referendum result and its clear message for a confrontation with the EU despite the financial strangulation by the EU and the pain already felt by ordinary people. A.Tsipras convened a meeting of the leaders of parliamentary political parties (excluding the neo-nazi Golden Dawn) which had either openly (New Democracy, PASOK, River) or implicitly (Communist Party) opposed the NO vote. In this meeting they all agreed – with the exception of the Communist Party – to field a new proposal to the EU that was exactly on the same lines of the rejected in the referendum ‘Juncker plan for Greece’. Moreover, after a few initial skirmishes, SYRIZA accommodated itself again with the systemic mass media that have implemented the terror campaign for YES.

EU’s high priesthood replied to SYRIZA’s new overtures by toughening its position and demanding even more austerity and anti-popular measures and threatening with the immediate strangulation of the Greek banking sector and even a Grexit. In front of this assault SYRIZA and Alexis Tsipras capitulated unconditionally and they themselves proposed a new 3rd austerity and restructuring troika program for Greece. This was a complete somersault the extent of which was unexpected even by most of SYRIZA’s harsher critics. It denotes that SYRIZA’s leadership aimed from the very beginning for a deal with the EU which they knew that it would be barbaric and they simply played for time in order to consolidate their power and their position in Greek politics. The EU played along but also indicated – and the SYRIZA leadership was fully aware of it – that a delayed deal would be more costly. In a nutshell the SYRIZA leadership delayed in order to gain ‘political capital’ at the expense of ‘economic capital’. Its last gamble was the referendum. Once this trick back-fired the SYRIZA leadership blinked and retreated in panic. It proposed not simply an extension of the previous troika austerity program under the conditions of the ‘Juncker plan for Greece’ but a new 3-year program in exchange for either a debt haircut or a debt reprofiling, a new loan and some funds for development aid.

On the other side of the fence, the EU had its own internal antagonisms. While all of them were united in blackmailing Greece to capitulate they were divided in how much pain they were to inflict after the capitulation. The French and the Italians, reminiscent of their own economic problems and the fact that their turn might come soon, were keen on milder terms. They were supported in this by the distant but non-negligible pressures by the US. The latter does not actually care about the Greek case as such but it uses it as a lever to weaken German hegemony and the ability of the EU to dispute its economic supremacy. One of the major issues of disagreement between the US (and the IMF) and Germany is whether the Greek program would involve a debt haircut or not; the former press for it and the latter bitterly oppose it.

In the end, a very onerous (for Greece) provisional deal was struck. First, in order to ‘regain the debtors’ trust’, the SYRIZA government should revoke all legislation contradicting the troika austerity program and also legislate through fast track procedures (that violate parliamentary rules) deep cuts in pensions and wages, extensive privatizations and the transfer of public property worth 50bn euros to an independent company (that initially was humiliatingly suggested to be based in Luxemburg but afterwards agreed to be in Athens). This first move essentially means that the conditions of the 5th review of the old troika austerity program should be fulfilled. Second, once this done, the EU and the ECB should slowly restore liquidity to the Greek banking sector and release some of the due funds in the form of a bridge-loan. Third, only after the legislation of several other austerity measures new negotiations would begin negotiations for a new 53bn euros loan. This new loan would comprise by old tranches, some new funds from the ESM and a 35bn euros very dodgy development plan. This last item is supposed to comprise of already available National Strategic Reference Framework (NSRF) funds that were not actually absorbed because of the deep recession of the Greek economy and the lack of proposals and supplementary national funding. Of course, all these would be under strict conditionality and a return of the despised troika in Athens for close scrutiny and control. In these future negotiations there is a vague reference that some alleviation of the Greek total debt (through either reprofiling or haircut) would be considered.

The new austerity measures are extremely recessionary and anti-labor. They cost more than 13bn euros only for the 2015-6 period that would worsen the crisis of the Greek economy. Moreover, they would be paid by the working people and the lower middle strata. Several other pro-capital structural reforms are included (e.g. mass firings, semi-automatic mechanisms for fiscal cuts if the public budget is derailed). The new 3rd austerity and restructuring program would push Greek economy and society further down towards impoverishment and Balkanization. They will definitely foment popular discontent as already shown from the current popular mobilizations.

This grave situation poses a serious challenge for the Greek Left. One futile course is followed by the SYRIZA left. They voted against the deal but support the government and refuse to leave the party. This will expose them to popular wrath as willing or unwilling accomplices to the new austerity. The second futile course is that of the Communist Party that preaches the coming of socialism as a solution to everything while at the same time recognizing that this is not on the current agenda. At the same time refuses to fight against the EU because it considers this as intra-capital antagonism. This alienates it from and rank and file communists and the working people as it does not offer a solution to the immediate popular problems and a transitional program for social change. If these two dead alleys prevail then only the extreme Right would remain as the receiver of popular discontent and wrath against the EU and its austerity.

It is of paramount importance for the Left not to leave the field free to the extreme Right as it had happened in West Europe. A Left popular front against the EU should be urgently organized. This should involve political forces and grassroots popular organizations, fight austerity and capitalist restructuring and strive for the total disengagement of Greece from EU (that is for a popular Grexit involving leaving the whole structure and not solely the monetary union). It is the task of the independent and militant Left and the combatant forces of labor to instigate this front.

* Stavros Mavroudeas is a Professor of Political Economy in the Economics Department of the University of Macedonia.