Janet Yellen, basically in the same vein of what I suggested here, used the broader unemployment measure, called the U-6 by the Labor Department, which was 11% in February to argue that the labor market is not that well in the US. 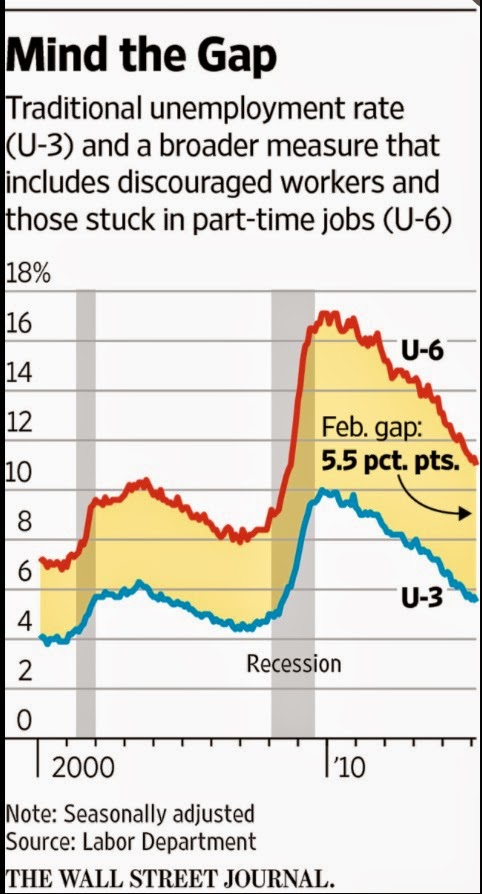