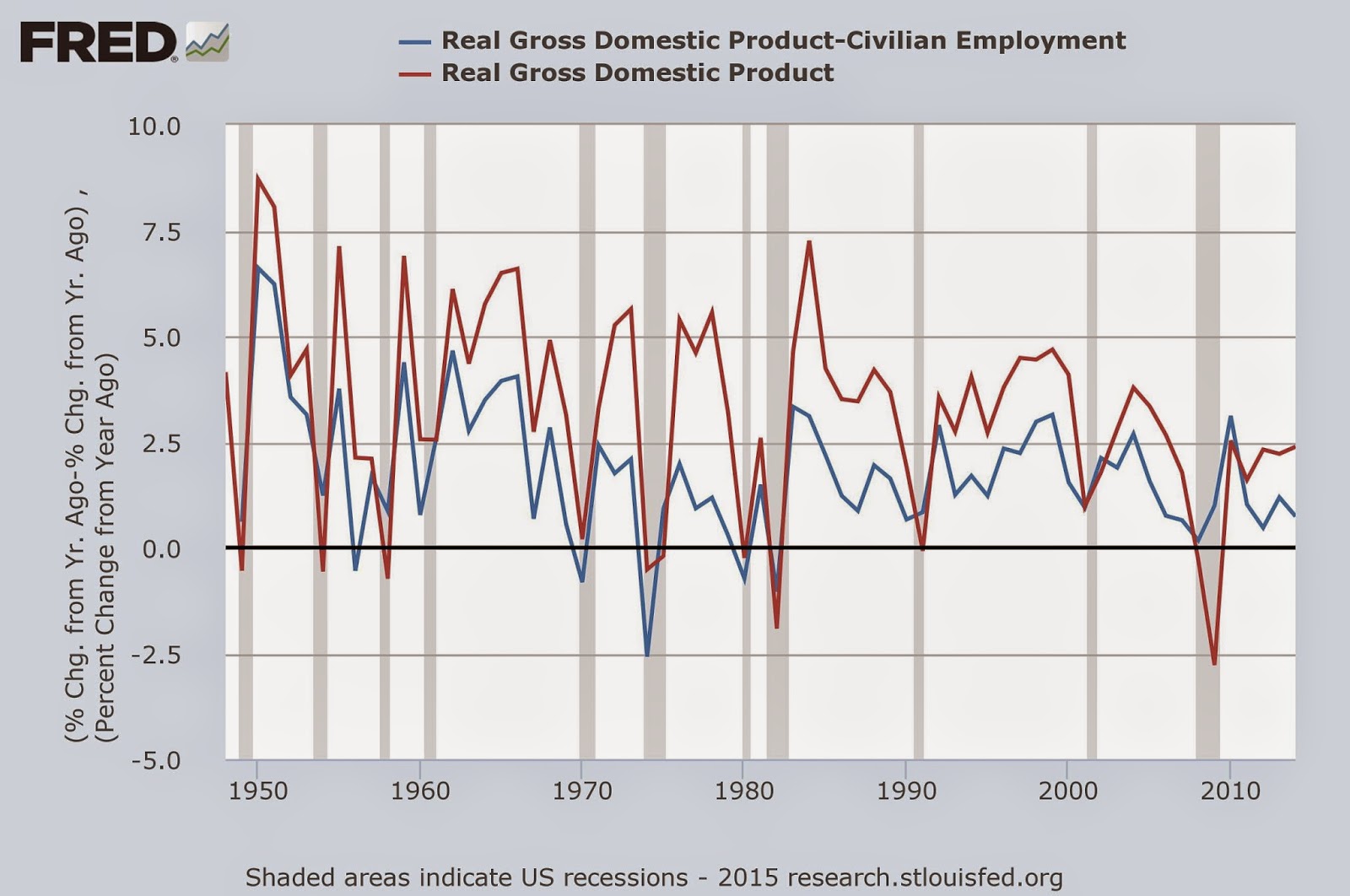 It is hard to look at the graph and suggest that the two variables are not positively correlated, even for the post-1980s period. But it is true that if you look at the shaded areas, which represent recessions, it seems that productivity fell before, and was already recovering in that period, at least since the Bush senior recession. This is more about the timing of the recessions, and how these are measured by the NBER, than about the strength of the pro-cyclical relation between productivity and output.

There are a few additional problems with Gordon's views. Note that Gordon does not explicitly deal with the structural relation between labor productivity and growth, the so-called Kaldor-Verdoorn effect, and that's why he finds that the Okun effect is weaker overtime. I had written before on this here (or here), and noted that the Okun coefficient has always been around 2 (by the way, with updated data still is; more on that on a latter post).

The inability to separate the cyclical and structural components of the relation is what causes the change in the short run coefficient (the Okun one). It is still true that as economies grow, productivity picks up, since producers try to adapt to increasing demand by utilizing more effective methods of production.
By Matias Vernengo - March 04, 2015