The NAIRU or why economics is not a serious science

This is from Watson's AER paper from last year (another version here). Same methodology he has used before, with Staiger and Stock, as far as I can tell, to measure the non-accelerating inflation rate of unemployment (NAIRU) or natural rate. The estimation is based on the Phillips curve (PC), in which inflation is the result of deviations of unemployment from its natural level, that is, essentially demand. He estimates that it is at 6.3%, but will soon return to its pre-2007 crisis level of 5.5%, basically were we are now. 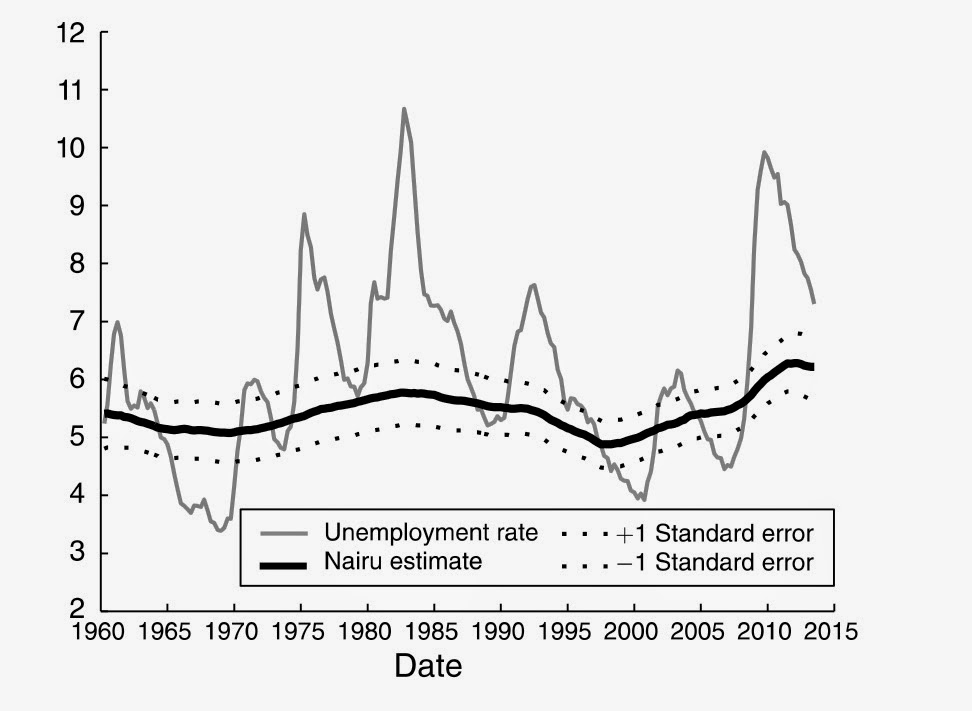 Couple of things. In the estimation of the PC he does, as normally is done, include supply shock elements. My guess (results are not clearly shown in the tables) is that a good chunk of inflation is actually explained by this rather than the unemployment gap. In other words, cost matters for inflation, and whether unemployment was above 10%, as right after the crisis, or 5.6% like now, has little impact. Also, that means that the unemployment gap is basically orthogonal to inflation, and that the measure of the NAIRU or natural rate could be obtained as an average of the actual unemployment. In one of the methods of obtaining it that is exactly what is done (not in this paper).

Was Keynes a Liberal or a Socialist?

A shorter version at the ISET conference of my Will Lyons Lecture at Franklin & Marshall. And yes, I think Harrod and Skidelsky were rig...