The mystery of productivity: what mystery?

Another old one. Trying to catch up after the Thanksgiving break. Mainstream economists seem always puzzled by productivity. It is the source of growth and a mystery (Helpman has a book titled The Mystery of Economic Growth). They refer to trends in productivity as puzzles, in particular the slowdown after 1973. 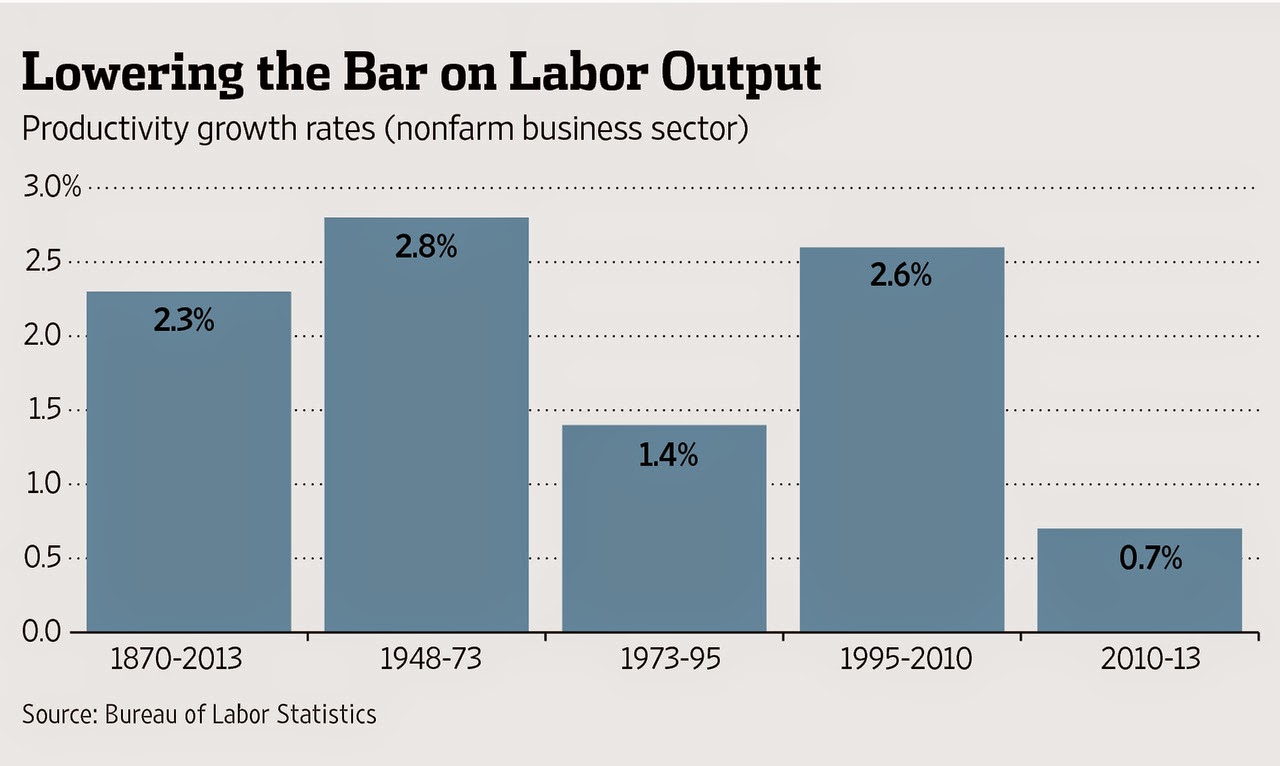 Alan Blinder: reminds us that after the surge in productivity growth, that for a while at least was referred to as the New Economy, associated to information technologies, has collapsed to even lower levels than the 1973-1995 period. He is, as a good mainstream author, quite puzzled. In his words, "quite surprisingly and still somewhat mysteriously, productivity growth plummeted [after 1973]... We are all in the dark."

In Jeon and Vernengo (2008) we suggest that labor productivity is endogenous, explained essentially by the expansion of demand, and old idea, implicit in Adam Smith's vent for surplus, and part of a well established empirical regularity, the so-called Kaldor-Verdoorn Law. In other words, it is the weak recovery, caused by a contractionary fiscal stance, and the slow pace of private spending growth as employment increases, that explains the poor performance of productivity. In this sense, the causes are considerably simpler, connected to macro policy, rather than the long-term pessimism of Gordon and Summers, which now talk about secular stagnation (see also this book).

Perhaps the more interesting stuff in Blinder's piece is his discussion of what the 'serious people' in the mainstream consider the natural rate to be. He says:


"the 'central tendencies' in the Federal Open Market Committee’s latest published forecasts range from 5.2% to 5.5% for the 'full-employment' unemployment rate, and from 2% to 2.3% for the potential GDP trend."

Note that Blinder also thought that the speed limit was around 2% back in the late 1990s (here his debate with Bluestone and Harrison). And yes he is a Keynesian (a New Keynesian). With friends like this...
By Matias Vernengo - December 04, 2014