A debate on Endogenous Money and Effective Demand: Keen, Fiebiger, Lavoie and Palley 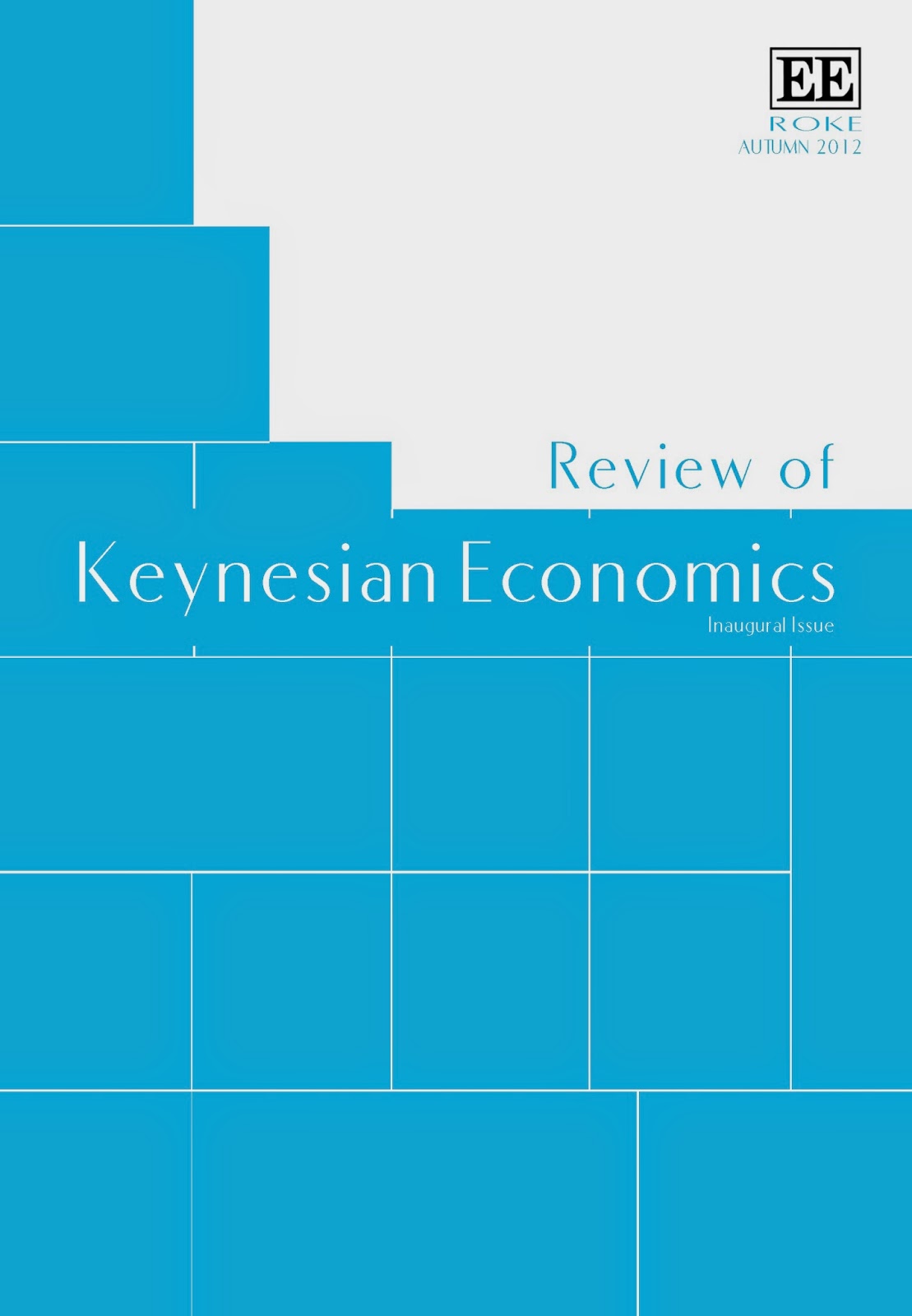 The last issue of the Review of Keynesian Economics (ROKE) has a debate between Steve Keen with Brett Fiebiger, Marc Lavoie and Tom Palley. Two papers are available for download (Keen and Lavoie's). Tom's paper is available as a working paper here.

The basis for Steve's defense of endogenous money is based on the works of Schumpeter, as developed by the latter's student Hyman Minsky. In his words:

"The proposition that effective demand exceeds income is not a new one: it can be found in both Schumpeter and Minsky (and arguably in Keynes's writings after The General Theory, though not in as definitive a form – see Keynes 1937*, p. 247). A difference between income and expenditure, with the gap filled by the endogenous creation of money, was a foundation of Schumpeter's vision of the entrepreneurial role in capitalism. Minsky's attempt to reconcile endogenous money and sectoral balances is the closest antecedent to the argument I make, but I will start in chronological order with Schumpeter's analysis."

I have noted before that the idea of endogenous money is NOT central for heterodox approaches, since Wicksell and the whole modern New Keynesian consensus adopts it. And perfectly conventional authors like Irving Fisher had introduced debt in their models too. I also noted that Schumpeter is essentially a Real Business Cycle (innovations are nothing but exogenous productivity shocks) author, which thought that both short-run output and employment and long-run growth were determined by supply-side factors. So in general I'm not a great fan of having Schumpeter as a staring point, or the notion that to introduce debt and endogenous money is per se a critique of the mainstream.

In that respect, I tend to agree with Tom's point that it is the way in which endogenous money and debt are introduced in the model that matters. Keen's use of a variation of Fisher's equation of exchange, as pointed out by Tom, is troublesome. In Tom's words:


"The Fisher equation constitutes the monetarist framework for macroeconomics. Income-expenditure accounting constitutes the Keynesian framework and it offers an alternative approach to understanding the AD, credit, endogenous money nexus."

In fact, in the equation of exchange framework the presumption is that demand would adjust (in Steve's approach with endogenous money) up to the point that it meets supply at the optimal level (also something that would be perfectly in line with  Schumpeter). The whole point of the income-expenditure framework is that it puts demand in charge of the level of activity.

At any rate, a good debate that it's worth checking out. Enjoy!