Not even the IMF believes in Reinhart and Rogoff debt limits 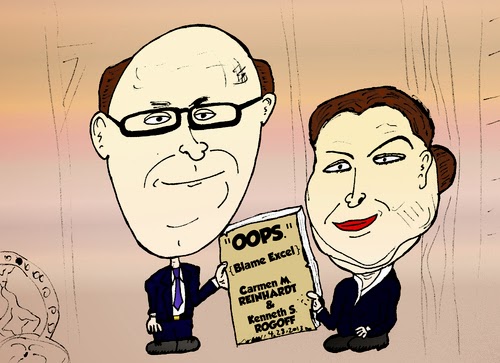 From the intro to a new paper by two economists from the research department at the IMF:


"Influential papers such as Reinhart and Rogoff (2010) and Reinhart, Reinhart, and Rogoff (2012) argue that there is a threshold effect: when debt in advanced economies exceeds 90 percent of GDP there is an associated dramatic worsening of growth outcomes. Others dispute the notion that there is such a clear threshold and suggest that it is weak growth that causes high debt rather than high debt that causes weak growth (Panizza and Presbitero, 2012; Herndon, Ash, and Pollin, 2013). Using a new approach we found little evidence that there is any particular debt ratio above which growth falls sharply."