Teaching the fiscal policy classes of my intermediate macro course. One of the few things that is still not well understood and discussed in manuals is functional finance. Froyen's manual, which is otherwise an old textbook similar to Dornbusch and Fischer or Gordon or any 1970s manual (meaning with short run ISLM and Phillips curve first, and then growth), includes in the policy discussion Partisan Theory and Public Choice, but not Functional Finance or any heterodox approach.

Partisan Theory, developed by Douglas Hibbs, builds on an old idea by Kalecki that political and ideological elements would affect the business cycle. Left of center governments would lead to higher government spending and lower unemployment, and conservative governments would be concerned with inflation, and tend to promote fiscal adjustment. Public choice, more dramatically, suggested that politicians would be guided by selfish desire for re-election, which would lead to a permanent bias for deficits, and accumulation of debt. Big government, and Keynesian ideas, that had unleashed the monster, or so thought James Buchanan, one of the leaders of the Public Choice School, had to be constrained by balanced budget amendments.

When one looks at the data for the United States it is fairly clear that over the last forty something years it has been Republicans that have expanded deficits. 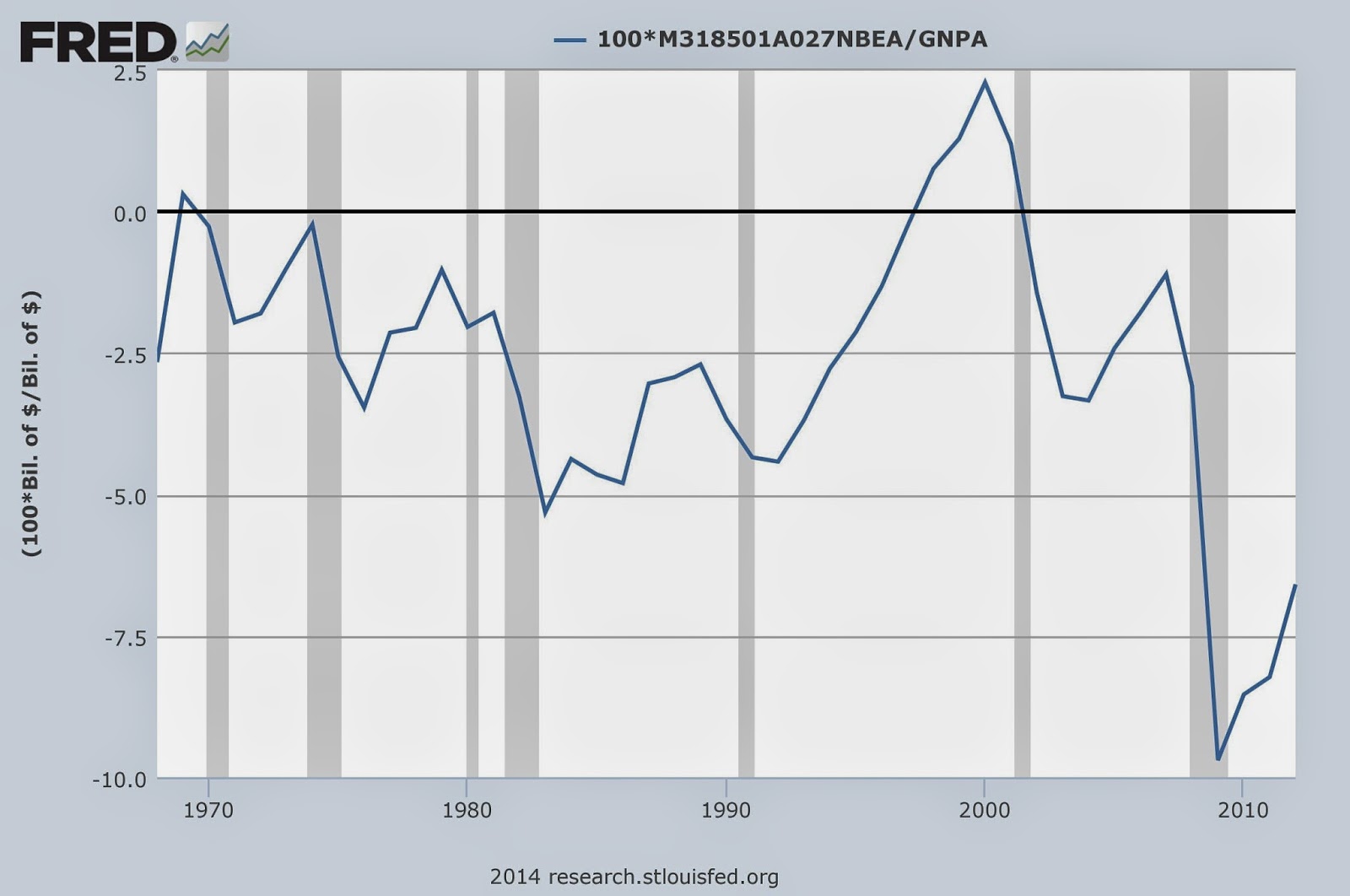 In the graph you can see that with Carter (1977-1980), Clinton (1993-2000) and Obama (2009 to 2012 in the graph) the deficit as a share of GDP has fallen, while it did increase with all Republicans [note that with Reagan they increase, and then fall after taxes were raised]. Also, if you have any doubts, Republicans are the party of big government when it comes to spending. 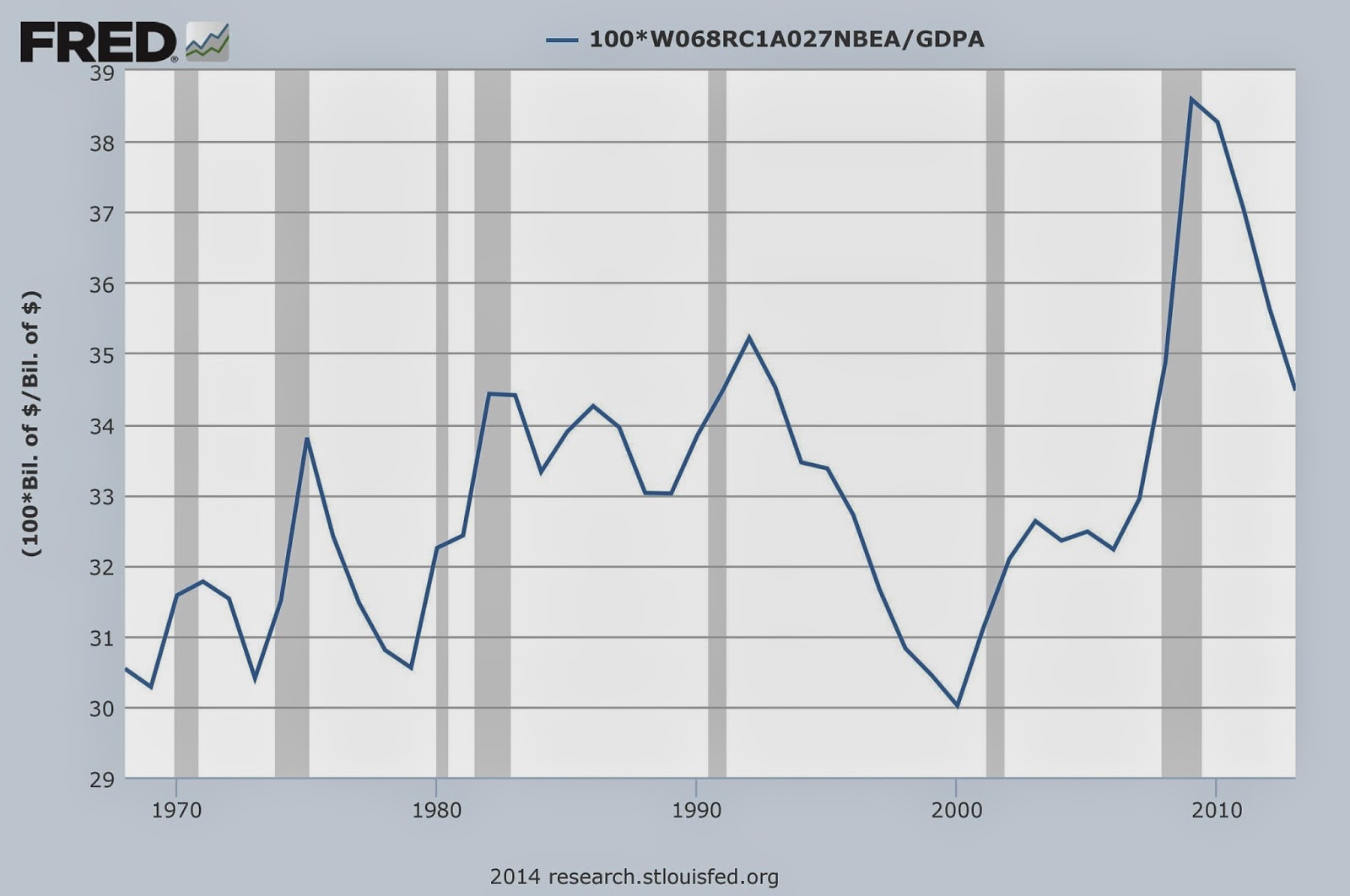 The graph above shows that also spending actually falls with the three Democrats, and increases with the four Republicans (Ford, Reagan, Bush I, and Bush II). This switch on Democratic and Republican views on fiscal issues was discussed here. Obviously there are important differences between the old Democrats, from the New Deal and Kennedy/Johnson era, that wanted big government for social purposes, and the kind of big government promoted by the GOP.

Also, the political economy of why the GOP is for big government, has less to do with Partisan Theory or Public Choice, and more with the starve-the-beast theory, according to which if you cut taxes, then government will eventually be forced to cut spending.

Functional finance, an idea introduced by Abba Lerner, that could be seen as the extension of Keynesian ideas to fiscal policy (Keynes actually had little to say in the General Theory, were he refers vaguely to the socialization of investment rather than fiscal deficits), suggests that deficits should be judged on the basis of their function in the economy. Deficits that promote growth, and take place in an environment of low rates of interest, not only would be sustainable, but would be necessary to promote full employment.

By the way, by historical standards the US net debt (held by the public, i.e. not in the hands of the Fed or the Social Security Trust Fund) is not high at around 70% of GDP, below the peak at the end of the Great Depression and World-War II. 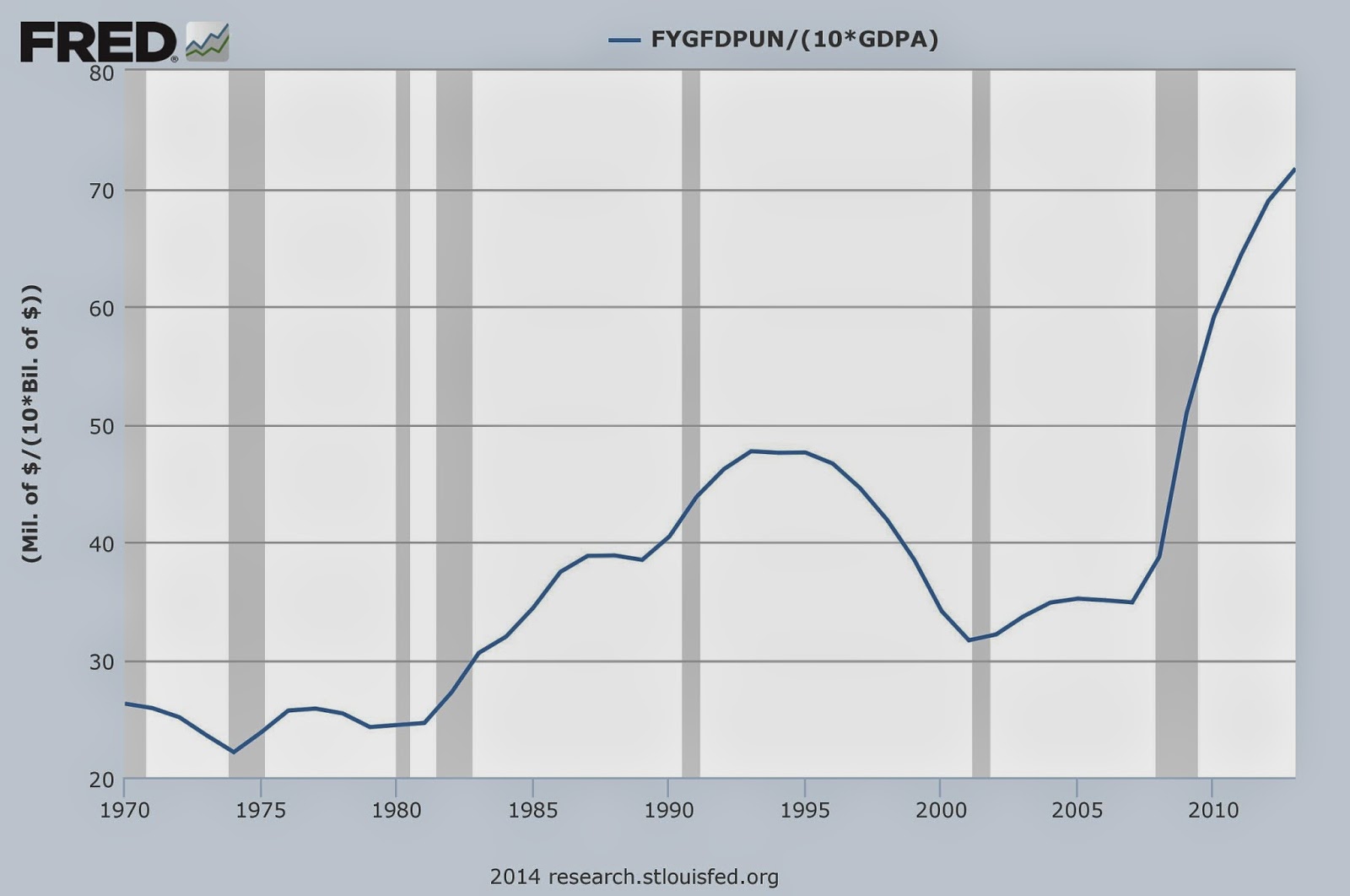 The debt-to-GDP ratio did increase after the 1980s, basically as a result of higher deficits on average (both the starve the beast, and more recently the massive recession), but also because until the collapse of the housing bubble rates of interest were on average higher than rates of growth of the economy. The debt-to-GDP ratio did fall in the late 1990s, as a result of the Clinton surpluses.

Mind you, two important points must be noted. First, historically the period in which rates of interest were consistently below growth rates was during the so-called Golden Age of Capitalism, roughly the post-war period up to the 1970s. In other words, in normal times the economy is in the wrong side of Domar's sustainability condition [that the rate of growth of the ability to repay, economic growth, should be higher than the growth of debt, that is, the rate of interest]. That didn't preclude governments to run deficits and accumulate debt. Note that governments have one advantage over private agents, when it comes to spending, namely: government spending is sufficiently large that by increasing general income it leads to higher tax revenue and an increase of its own income.

The second point, for those concerned with the size of the debt, is that the recession, and the collapse of the bubble have created the political conditions for a low rate of interest, which would be very hard to reverse in the medium term. That is, the Fed is unlikely to hike rates while unemployment remains high. Which basically provides space for fiscal deficits and debt on a relatively cheap basis. Of course chances of that happening are a completely different question.
By Matias Vernengo - April 16, 2014