Sraffa and the Marshallian system 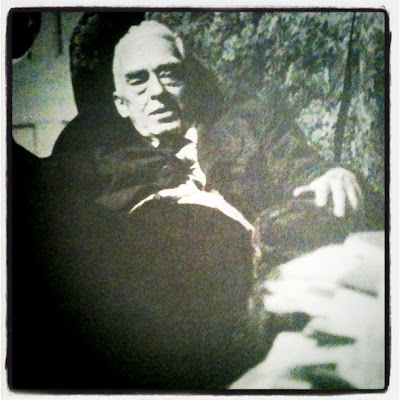 G. L. S. Shackle argues in The Years of High Theory that ‘there began in the mid-1920s an immense creative spasm, lasting for fourteen years until the Second World War, and yielding six or seven major innovations of theory, which together have completely altered the orientation and character of economics’ (Shackle, 1967, p. 5). However, by 1967, the two most important developments of this period—Keynes’s principle of effective demand and Sraffa’s criticism of the marginalist theory of value—were rapidly fading from the main corpus of mainstream theory.

The relative ease with which neoclassical economics reasserted its main conclusions is, in fact, explained by Shackle’s account of those years. First, Sraffa’s critique of the Marshallian theory of value is seen only as a step in the development of the theories of imperfect competition by Joan Robinson and Edward Chamberlin. Second, Keynes’s General Theory is seen as stating that unemployment results from the existence of uncertainty and irrational expectations (Shackle, 1967, p. 129). Both developments can be interpreted as asserting that market imperfections render neoclassical theory, although internally coherent, irrelevant for the analysis of the real world.

Also Shackle’s failure in 1967 — well after the publication of Production of Commodities — to acknowledge the importance of the revival of classical political economy to the debates of the 1930s represents a serious inadequacy of his interpretation of ‘the years of high theory’.

Before getting into Sraffa's critique of Marshall, it is worth noticing that Sraffa came to economics via monetary economics, like Ricardo and Keynes. His dissertation for the Law Degree, L’Inflazione Monetaria in Italia Durante e Dopo la Guerra (subscription required), dealt with postwar inflation and the return to the Gold Standard, the same topic of Keynes’s Tract on Monetary Reform. According to Eatwell and Panico (subscription required), in the analysis of the asymmetric effects of inflation and deflation Sraffa reveals the heterodox character of his position, more akin with the works of the classical authors and Marx than the conventional marginalist analysis. The notion that social conflicts and monetary factors determine the normal real wage was part of Sraffa’s analysis, although several elements of his analysis were still conventional, e.g. the acceptance of the Quantity Theory and of the Purchasing Power Parity theory.

Sraffa’s criticism of the Marshallian theory of supply represents an analogous situation, in the sense that some elements of the conventional marginalist views were still present. Marshall’s or Sraffa’s dilemma (which appears in Sraffa's 1926 paper) refers to the incompatibility between increasing returns and perfect competition. It is a long period problem. Sraffa’s critique can be summarized in the following way. First, rising costs derive from diminishing returns to substitution, and, therefore, in the general case where there are no fixed factors, increasing costs do not seem to exist. Secondly, increasing returns are incompatible with perfect competition. In the long period, when the firm cannot experience marginal costs arising from the existence of some fixed input, there can be no diminishing returns. Replication is always possible, except for the case of indivisibilities. In addition, Sraffa showed that increasing returns to scale are inconsistent with the notion of perfect competition.

In the case of increasing returns, the average cost is decreasing, implying that the marginal cost is below average variable cost, and, hence, there is no infinite, non-zero solution for the profit maximization problem. In other words, there is a tendency for the firm to expand to infinite size. Sraffa’s argument proves the failure of perfectly competitive assumptions to determine any equilibrium of the individual firm. Two alternatives are opened by Sraffa’s critique of Marshallian theory. If it is not legitimate to treat average cost as either increasing or decreasing within the framework of perfect competition, we are left with the result that the only satisfactory assumption is that of constant returns. On the other hand, ‘everyday experience shows that a very large number of undertakings work under conditions of individual diminishing costs’ (Sraffa, 1926, p. 543), which suggests that we should instead abandon the notion of perfect competition.

Sraffa considered the imperfect competition approach to be the only logical way to develop the theory of value along Marshallian lines. However, he showed no inclination to pursue this solution, and he appears to have already been working toward the revival of the classical approach. The origins of this project can be traced back to his early draft of the opening propositions of the Production of Commodities, which he asked Keynes to read in 1928 (Sraffa, 1960, p. vi). The reasons for not pursuing imperfect competition were never quite explained by Sraffa, but are fairly reasonable to infer (note that in Cambridge it was two of his students, Richard Kahn and Joan Robinson, that developed the imperfect competition theory).

Note that in order to obtain partial equilibrium, which is what the Marshallian model presumes, one must assume that prices in a particular industry are not affected by and do not affect the prices in other industries. Hence, externalities have to be internal to the industry, since otherwise production in one sector would affect the prices in other industries [perfect competition in partial equilibrium, the U-shaped cost curves and the equilibrium at the minimum with marginal cost equal marginal revenue, require also that externalities are external to the firm, since if they weren't the firm would became a monopolist; of course externalities that are internal to an industry and external to firms are an empty set]. That seems to be a dead end. Sraffa was already interested in the determination of long term prices. By this time, the summer of 1927 when he was preparing his ‘Lectures on Advanced Value Theory’ that he gave from 1928 until 1930, it was already clear to him that he needed to start from classical preocupation of determining relative prices and one of the distributive variables (the rate of profits or wages) strictly in material terms, that is, the quantities of labor and commodities needed to produce commodities.

For further on Sraffa's critique of Marshall see Gary Mongiovi's paper here (subscription required). For a general critique of Shackle's stance in the history of 'the years of high theory' read this one. For the implications of Sraffa's 1960 book for economics go to this old post (yes on the capital debates!).
By Matias Vernengo - March 14, 2013