Microfoundations and the capital debates 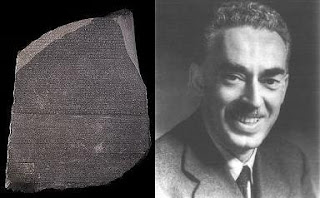 Steve has commented on the ongoing debates about microfoundations of macroeconomics, mainly between Paul Krugman and Simon Wren-Lewis (for my comments and Simon's reply on his blog go here, and scroll down to the last comments). I just want to further clarify what I think is, from the point of view of the history of ideas, a significant confusion in the debates about microfoundations, and one (oh yes, here he comes again) that is ultimately related to the capital debates (the Rosetta Stone of the history of economics ideas; if you prefer Sraffa's PCMC, as I tell my students, is the Rosetta Stone. To get an idea of what is the meaning of the capital debates go here).

Microfoundations are first and foremost about the determination of relative prices, the core of what we now call microeconomics, and used to be called before the theory of value. Individual behavior, rational or otherwise, is relevant to the extent that one thinks that behavior of individual agents is central for price determination, and that was at the core of the Marginalist Revolution.

The point is that if individual workers (using the figure of a representative rational utility maximizing worker), for example, in the labor market, confronts rational individual profit maximizing firms (again a representative firm), the free play of the market would produce an optimal outcome. Krugman is very clear why he thinks microfoundations are important. He says:


“if the assumption of perfect rationality breaks down even in the most standard of micro settings — if consumers behave in a way inconsistent with full maximization even when doing something as mundane as choosing which type of gas to put in their tank — how absurd is it to insist that, say, Keynesian stories about the economy can’t be right because we can’t fully derive them from intertemporal maximization?”

In other words, if workers say are not concerned with maximizing utility in terms of higher real wages, but in terms of relative wages, or if firms have limited knowledge about the workers willingness to work, and have an incentive to pay wages above the reservation wage (the one that compensates workers for the trouble with parting with leisure time), then the imperfection implies that the labor market will not clear and you might have unemployment. This is basically the efficiency wage story that New Keynesians use to justify unemployment (note that unemployment does result from real wages above the equilibrium level, and not from lack of demand as in Keynes).*

The capital debates show that even if you have workers trying to maximize utility in the normal fashion, and firms too have full information, that is, in the absence of any imperfection, there is no guarantee that lower real wages would imply more intensive use of the labor ‘factor.’ It is actually quite simple, if commodities are produced with commodities, then a reduction in wages also reduces the price of all goods, since they are produced with labor too, and there is a possibility that the fall in the price of commodities that do not use too much labor falls more than proportionally, so the increase in their demand does not lead to an increase in the hiring of new workers. Also, as wages are central for the consumer’s demand, the income effect of any reduction in wages would trump any (if it is positive) substitution effect. In other words, why would a firm hire more workers (even cheap ones) if nobody buys their products?

Further, PCMC does provide a sound way of determining relative prices. Long term normal prices are determined by the technical conditions of production, given one distributive variable (either real wages or interest, or if one prefers, for a given wage-profit frontier). It does take long term patterns of demand as given obviously, since producers would not supply, in the long term, goods and services for which there is no demand. The analysis of the determinants of effectual demand, the long term patterns of demand, are at a lower level of abstraction, and include all the institutional factors associated to fashion, conspicuous display of power, the effects of marketing, etc., that Veblen, Galbraith (father) and other institutionalist authors suggested were relevant.

Also, workers are rationally trying to obtain a fair wage, and to consume according to their tastes and the other social and institutional factors that determine their behavior. But those are taken as given for the determination of long run prices. And firms do maximize profits, and this implies that they add a mark up on their full costs. These models were developed by the authors of the Full Cost Pricing School, and the literature on barriers to entry, e.g. Sylos-Labini, Steindl and others, and the empirical evidence tends to be favorable.

* Interestingly enough Krugman’s argument for the current recession is not a rigidity in the labor market, but one in the money market, that is, a rate of interest that does not allow for investment at the level of full employment savings, the so-called Liquidity Trap.

** And yes there is empirical evidence in favor of this view, since there is no support for the effect of lower real wages and higher employment. Real wages tend to be pro-cyclical, go down in a recession, and up in the boom.

*** Arrow-Debreu also does not provide a way out of this conundrum.

PS: For the implications of Sraffa's contribution for Keynesian economics see this paper, and this post.
By Matias Vernengo - August 01, 2012