Full employment, why it is important 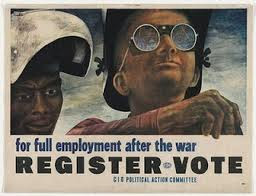 In my intermediate macroeconomic classes at the University of Utah I always start by asking students what do they think is a more socially relevant problem an increase in inflation of 1% or the same 1% rise in the unemployment rate. Although the answers vary somewhat according to the macroeconomic circumstances, it is almost always true that the vast majority of my students think that inflation is the real problem.

When pressed on why do they think inflation is worse than unemployment they rarely suggest that inflation may hurt the poor more than the affluent, which would show a concern with income distribution, or seem to understand that moderate inflation might be good. Further, they have no idea that deflation is considerably worse than inflation, and that the reason for that is that deflation causes severe unemployment. The point is that they seem to think that unemployment does not hurt them more than inflation; after all they are getting a college education (which is not much of a guarantee these days, but I leave that issue for another post).

I then tell a personal story about inflation and unemployment and why one should be concerned with unemployment. In the Fall of 1999, fresh out of graduate school, I was hired as the Assistant Director of a small think tank. As I learned afterwards, there were another 5 candidates for the position. The average unemployment rate in 1999, I might add, was approximately 4.2 (see here). As it turns out I had another interesting piece of information that one seldom has about a particular position, namely: the number of applicants for the same position the previous time it opened up in 1995.

I always ask my students then, if you know that the rate of unemployment was around 5.6% (here again), that is, 1.4% higher than in 1999, how many people do they think applied for that same position back in 1995. They never get anything close to the 300 or so that vied for the job. In other words, in this particular case, a 1.4% higher unemployment rate implied an overwhelming difference in terms of competition. Of course one cannot, and should not generalize from one observation, but the anecdotal information fits the more substantive evidence for a tight labor market in the late 1990s, in which we actually saw increases in real wages for average workers in the Unites States.

If for no other reason, students, and everybody else, should be concerned with unemployment, because 1% more in the rate can hurt considerably more than the equivalent change in prices [ and that is why Okun's Misery Index, which adds the unemployment and inflation rates makes little sense; it mixes apples and oranges]. But even further, it is important to remember that whereas inflation hits everybody more or less equivalently – even if people have different consumption baskets – unemployment is a divisive social problem, which makes some ‘losers’ and others ‘winners,’ causing deep divisions in society (e.g. immigrants rob our jobs).

It is for that reason that full employment is the most important economic and social policy, the foundation on which to build the other policies. Work defines our lives, to a great extent, and gives dignity to people. And I do not mean just the poor. As I tell my students, I am a big believer in the ethics of hard work, and that is why I think rents and wealth should be heavily taxed, so that everybody needs to work to earn a living. That is full employment for all!
By Matias Vernengo - August 21, 2012