Garegnani and the revival of the surplus approach 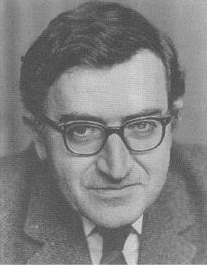 Last weekend Pierangelo Garegnani passed away in Rome. He was the main disciple of Piero Sraffa, and one of the most important heterodox critics of the mainstream marginalist (neoclassical) approach. A full account of his contributions to economics is well beyond what I can offer in this space, but here are a few highlights.

As early as 1961, while spending an academic year at MIT, he suggested during a presentation by Paul Samuelson that his results depended on the assumption that all sectors use the same capital-labor ratio. The final results of his critique were presented in Garegnani's paper "Heterogeneous Capital, the Production Function and the Theory of Distribution." His paper shows conclusively that the marginalist theory of value and distribution based on an aggregate production function is untenable. This of course builds on Sraffa's work in the Production of Commodities (PC). By 1966, in the famous Quarterly Journal of Economics (QJE) Symposium, Samuelson had admitted that the neoclassical parable was not defensible.

In his 1976 paper "On a Change in the Notion of Equilibrium in Recent Work on Value and Distribution" Garegnani argued that to avoid the problems associated with the aggregative marginalist model, the mainstream had switched to Arrow-Debreu (AD) General Equilibrium models, which did not use aggregative capital, but also did not assume a tendency to a uniform rate of profit, which implies that it can only be seen as a short run equilibrium. Further, Garegnani later argued that, beyond the problem of being stuck with a short run theory, the AD model was still open to the capital critique, since a notion of aggregate capital was still needed for the equilibration of savings and investment (see his 2003 paper "Savings, Investment and Capital in a System of General Intertemporal Equilibrium").

Garegnani was also the central author arguing that the recovery of the classical theory of value and distribution (and hence Marx) was not incompatible with the Principle of Effective Demand (PED), as developed by Keynes and Kalecki. His two papers in the Cambridge Journal of Economics show that a rejection of the marginalist notion that labor and capital markets tend to full employment depends on the rejection of the mainstream theory of value and distribution, and that Keynes' PED is fully consistent with the old and forgotten classical or surplus approach. He also actively contributed to the extension of the PED to the long run until the end of his life (e.g. his paper with Trezzini).

There are several other contributions, in particular his work on the interpretation of Ricardo and his debates with orthodox Marxists, which again follow in the steps of his teacher. His work is essential for those interested in the understanding of the functioning of capitalist economies, and the incapacity of the mainstream to provide a useful tool to analyze reality.
By Matias Vernengo - October 18, 2011