Dr. Krugman and the natural rate of interest 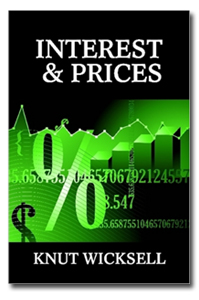 ﻿So I have said a few times here that, while Krugman has been extremely useful for Keynesians in recent policy debates, as a New Keynesian (neo-Wicksellian would be a better term for this school of thought), he is not properly a real Keynesian.  In a recent post he shows exactly my point.  He says:

"There is still a sufficiently low real interest rate that would produce recovery, but it’s a rate that’s hard to achieve."

In other words, there is a rate of interest that would increase investment and bring about the full employment level of savings.  In this post he surprisingly seems to say that liquidity traps or lower zero bound limits (rigidities) for nominal rates do not matter.

The reason seems to be connected to the fact that creditors must have a positive effect on their net wealth in a deflationary balance sheet recession, and their spending should go up.  Hence, creditors should spend more with a slightly lower interest rate.  Wealth effects have been the traditional neoclassical argument for a self-equilibrating economy since Pigou.  If this were true no fiscal policy would be actually necessary.

It's hard to believe that Wall Street bankers would spend sufficiently more for a recovery to follow.  And I doubt that Krugman believes that this effect is sufficiently strong in the real world.  But he does believe in some sort of natural rate, like Wicksell did, which is compatible with Friedman's natural rate of unemployment.

Keynes, on the other hand, thought that the very concept of a natural rate should be discarded.  In chapter 17 of the General Theory Keynes states that:

So, in fact, there might be the case that NO long term rate of interest, a highly conventional one according to Keynes, would be compatible with full employment.  The socialization of investment, in Keynes' terms, then would be necessary.  In other words, effective demand matters in the long run, not just the short run, because there is no tendency for self-adjustment.

Since Friedman's infamous Presidential address to the American Economic Association the neo-Wicksellian approach has dominated macroeconomics.  In this view, the central bank pins the short run policy rate to the long run natural rate, and the economy (save for rigidities and imperfections) moves automatically to full employment.  No fiscal policy is necessary, again with the exception of short run imperfections.  That's why long term considerations about deficits and debt are important.

My question is: should we be surprised that with this theoretical model as the dominant one, we are in a situation in which the administration is unable to understand and unwilling to promote the fiscal expansion necessary to get us to full employment (or at least lower levels of unemployment)?

PS: Keynes developed the ideas in chapter 17 on the basis of Sraff'a's critique of Hayek's theory of capital in 1932 (here; subscription required).  Note that while Keynes understood that the idea of a natural rate of interest that equalized investment to full employment savings had to be discarded, he did not get that his negatively sloped marginal efficiency of capital actually provided the basis for such a rate.
By Matias Vernengo - June 29, 2011