Is the American economy profit-led? 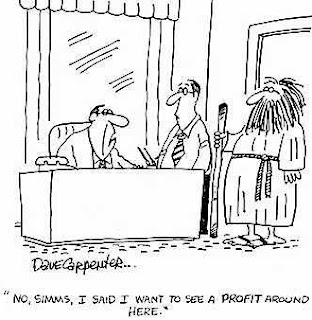 In a recent post I showed the evolution of real wages and long-term real rates of interest in the United States from 1950 until now. The figure below shows the real rate of output (GDP) growth for the same period. Between 1950 and 1973 the average (red line) rate of growth was 4.2% and in the subsequent period it was 2.7%. In other words, the change in income distribution dynamics, with a significant slower rate of growth of wages, was accompanied by a significant reduction in the pace of economic growth (we also saw in the previous post that it also went hand in hand with higher real rates of interest). 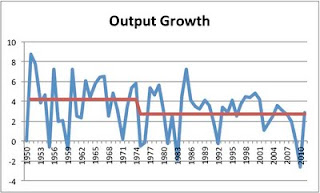 Many authors (e.g. the late David Gordon), in particular when looking at the evidence post-1970s, argued that the American economy is profit-led. In other words, as profits (some emphasized profit shares while others prioritized profit rates; the profit rate time the level of capacity utilization gives the profit share) expanded, it stimulated investment, and this, in turn, led to output growth. Growth was driven by profits.

The idea is that, even though the reduction in wages has a negative effect on consumption and output growth, this is more than compensated by the increase in investment. However, there are some empirical problems (there are some theoretical issues that I’ll deal with in another post) with this kind of model (often referred to as Kaleckian, even though it seems that their origin should be traced to Joan Robinson’s Accumulation of Capital and the influential formalization by Bob Rowthorn in the early 1980s). 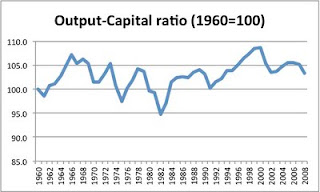 Since the 1970s the drivers of accumulation in the United States have been consumption booms driven by debt accumulation. In other words, as Barba and Pivetti have argued, increasing debt has allowed American families to continue to consume, in spite of stagnated wages. This has been mistaken in the empirical literature as a profit-led boom. The suggestion here is that the booms have continued to be driven by consumption (as in more traditional wage-led cases), and that the benefits for capital have been financial and associated to higher interest rates. The last three booms have been more Wall Street debt-led booms, rather than profit-led investment booms. Wall Street, not the Silicon Valley, defines the current American economy. After all, we all remember Gordon Gekko’s “greed is good” (uttered in real life by Ivan Boesky) and nobody remembers an iconic phrase by Bill Gates!
By Matias Vernengo - May 02, 2011