The figure from the New York Times shows the changes in spending by category. More defense and less social spending. Not a surprise there. Schumpeter long ago (in his The Crisis of the Tax State) suggested that it is the fiscal history of a society that explains the spirit of the people and the character of the government, since it is there plain to see by those that can read it what they are trying to achieve. 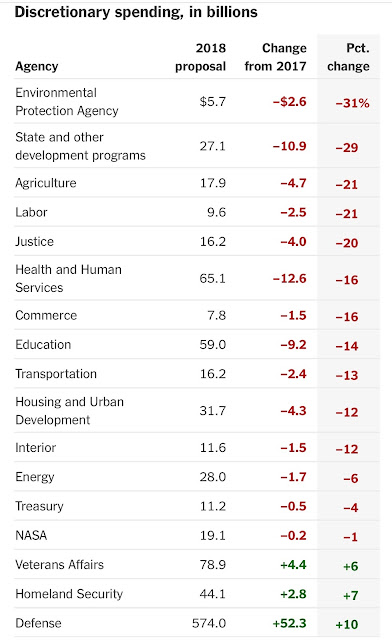 The surprise to me, at least so far, is that the increase in defense seems to be more or less cancelled by the cuts in social spending. I suppose the stimulus part of his fiscal plan will come just from the tax cuts. If that is the case, I would not be too optimistic about the Trump boom.
By Matias Vernengo - March 17, 2017