Bowles on Capitalism and Institutions 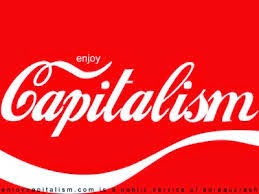 As I noted before I've been teaching a Political Economy course, which I assumed right before classes began, and, I decided to keep the textbook, since it was already ordered. The book is written by Bowles, Edwards, and in the last edition, Roosevelt and is titled Understanding Capitalism. I discussed before the meaning of capitalism here (see also this on the use of the term capitalism as a proxy for free market policies).

Here just a brief comment on the use of the idea of modes of production (economic systems in the textbook). The book discusses the economic system in the US from colonial times to the present and suggests that it was not capitalist early on (it even says that no economy ever started as capitalists).While it is true that settlement colonies are not like exploitation colonies, I find this proposition hard to defend.

Mutatis mutandis, the US was constituted to export tobacco to the old continent (colonization started in Virginia, not with the Puritans in Massachusetts, in spite of myths of origin). But more importantly even in the settlement colonies, were Bowles suggests that a system of independent production of commodities dominated, the famous triangular trade is what allowed the region to subsist. Again this suggests that the system was heavily dependent on the institutions of mercantile capitalism.

Not completely clear to me, but certain passages in Bowles book seem to suggest that he also does not consider slavery as part of capitalism. This might be in line with the kind of argument put forward by authors like Eugene Genovese, which I discussed here before. Again, I tend to think that this is a misconception. In other words, the US economy (not the pre-Columbian societies that it displaced) was, as a much as the Brazilian economy, a footnote on the history of the development of Western European Capitalism, and very much part of that mode of production always.

The book also seems to accept to a great degree the Coase/North New Institutionalist arguments about the role of property rights. This seems in line with the behavioral preoccupations of the book, and with Bowles notion that outcomes should be derived from microeconomic behavior, emphasizing the role of incentives.

PS: There are other issues with the book that I find problematic, and perhaps will discuss in other posts, in particular the notion that employment is determined in the labor market and the use of an efficiency wage model as a political economy approach to labor issues. I quite never understood why this Marxist literature on efficiency wages does not cite Solow (they do cite Leibenstein) or other New Keynesian authors that basically present the same theory. Also the discussion of profits seems to suggest that accumulation is driven by supply side factors, rather than demand, although that should not be a surprise. The last one is not surprising though.
By Matias Vernengo - November 04, 2015