The Economist is concerned with debt-deflation 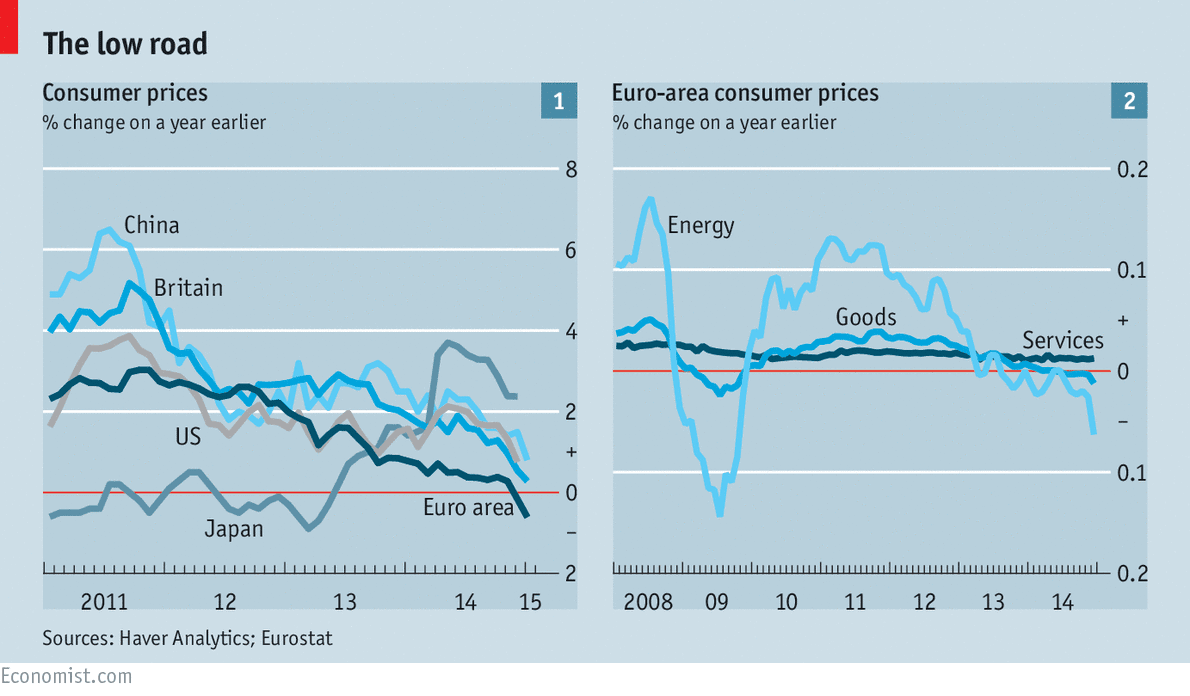 Or so it seems (see here; subscription required). They say: "If falling prices endure, then debts, fixed in nominal terms, are harder to pay." Indeed. As Keynes had said back in 1936: “if the fall of wages and prices goes far, the embarrassment of those entrepreneurs who are heavily indebted may soon reach the point of insolvency, — with severely adverse effects on investment.”

In other words, if prices fall, indebted agents owe in real terms more than before. This could affect both firms and consumers. If the price of houses fall, but the mortgage debt remains the same, consumers own more debt in real terms and consumption might fall. In the same vein, if prices are falling and the firm nominal debt is fixed, the real debt increased and investment might decline. Keynes emphasized the role of investment. The sequence of events is given by:

The Economist basically argues for Central Banks to change the inflation target. The Blanchard and Krugman idea, even though The Economist does not propose 4% as the new one. I would still argue for fiscal policy. The whole inflation target idea is a confidence fairy too (as noted before).
By Matias Vernengo - February 26, 2015

Email ThisBlogThis!Share to TwitterShare to FacebookShare to Pinterest
Labels: Debt-deflation, Keynes, The Economist