Mitchell and Clark on the business cycles 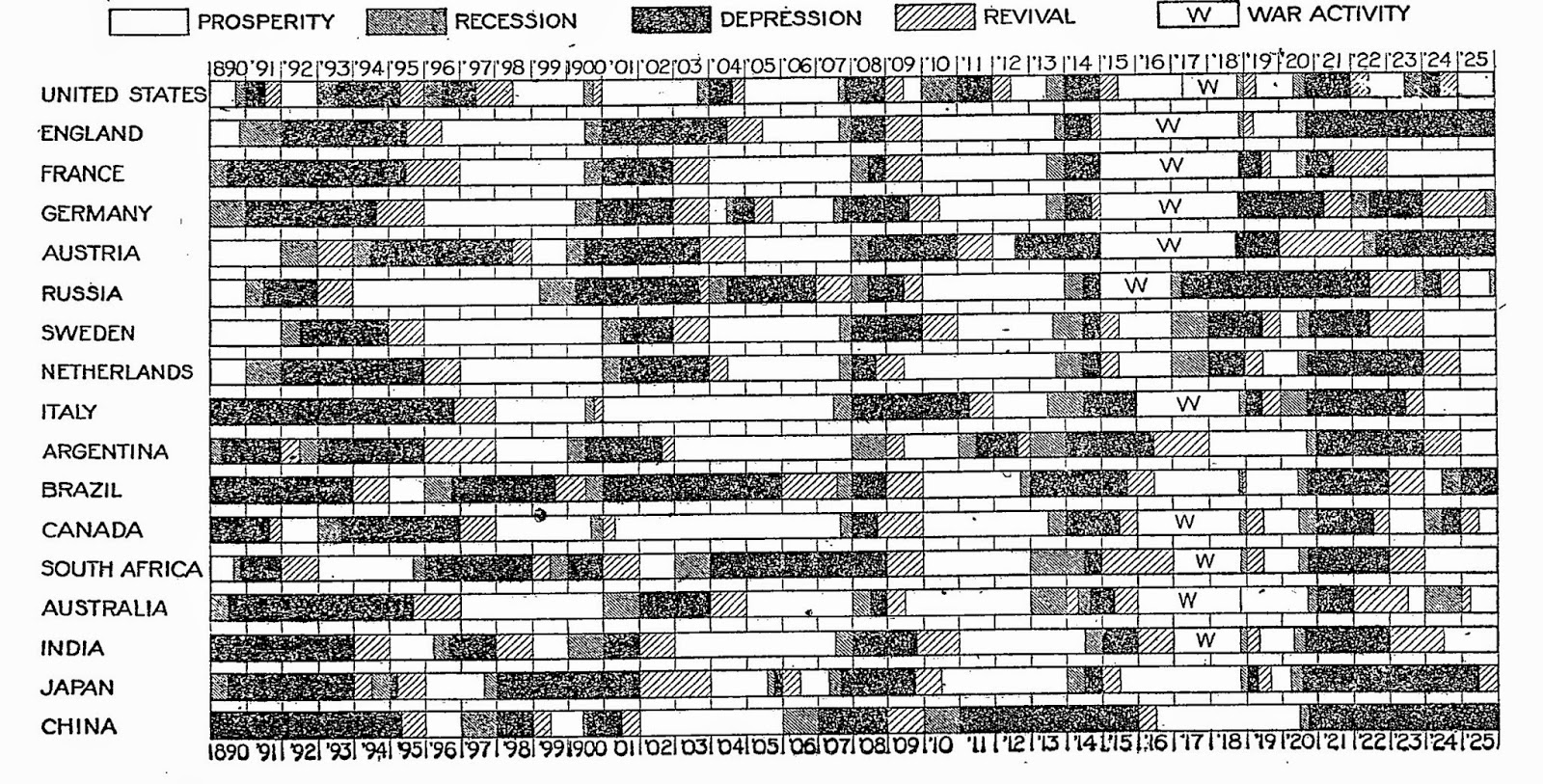 Starting my seminar on business cycles this week. Mainly theories and then a discussion of both Great Depression and Recession. In the US the original authority, and the intellectual driving force of the analysis of the cycle which started at the National Bureau of Economic Research (NBER), was undoubtedly Wesley Clair Mitchell. The figure above comes from an early analysis of global cycles published in the New York Times back in 1926 (subscription required). The Times quotes him saying that there was: "a trend in the direction of a world economy in which all nations will prosper or suffer together." In other words, a tendency to a global cycle.

In fact, Mitchell is often remembered more as a founder of the NBER and of the quantification of business cycles than his role as a disciple of Veblen and a founder of American Institutionalism.* His institutionalism, however, is often reduced to empiricism. In other words, Mitchell generally is not considered as a theorist. Howard Sherman suggests (subscription required), however, that: "embedded in his theory, but not made explicit in those terms, is a theory of the multiplier and the accelerator." In other words, a Keynesian approach to the cycle.**

This is consistent with the work we published with Luca Fiorito on another institutionalist from Columbia, namely: John Maurice Clark. As we noted then, the fact that the less mechanical, and also non-neoclassical version of Keynesian ideas, basically in contrast to the so-called Neoclassical Synthesis, was relegated to secondary status in the US in part explains how Keynesianism was reduced to a simple case of rigidities and imperfections. Not surprisingly the multiplier-accelerator interaction as the basis of the cycle, even though the empirical evidence for both components is strong, is not part of the mainstream macroeconomic textbooks.

* He was also one of the founders of the New School for Social Research in 1919.

** Mind you he did write with Arthur Burns, who eventually became a Monetarist associated with Milton Friedman and the chairman of the Fed, a famous NBER book on the cycle.
By Matias Vernengo - January 12, 2015