On moderate conservatives and the benefits of dictatorships: More on Friedman 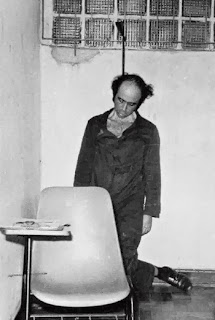 A lot of the discussion about the modern Republican Party is about how it changed and how the moderates willing to compromise, rather than close the government and default for example, have disappeared. But the whole notion of ‘house-trained’ conservatives is a bit mythical in all fairness. If one reads the criticism of conservatives and business groups against Roosevelt there was a lot that would fit the modern Tea Party. And Conservatives like William Buckley Jr. were also pretty radical. There is this notion that conservatives used to be more rational and moderate in the past. But it is hard to agree once one looks at the record.

Think of Milton Friedman, which is seen by many as a moderate pro-market economist with libertarian tendencies, but when you actually look he had some praise for Franco, which is difficult to conciliate with any civilized notion of moderation. I thought it was well worth to provide the transcript of Friedman’s words on Franco and other right wing dictatorships, linked in my previous post. He said:


“I think, and this is a point, a conclusion I came to many years ago, after visits to Russia and Spain, that there is a very great difference that people don’t appreciate between a dictatorship and a totalitarian government. A totalitarian government like the Russian government wants to control every aspect of a man’s life. It has a positive desire to control him. A dictatorship, like Franco’s Spain or like the military government in Brazil, doesn’t want to control every aspect of a man’s life, but it just is going to prevent him from getting in their way. You can do what you want more or less, except when you cross the government. If you cross the government they will exercise arbitrary power in preventing you from doing it. They may put you in jail they may censor the book and so on. But there is a big difference in the feeling of individuals in those two countries; whether they feel like being at behest, that any one of their actions is at the behest of the government or not. Now in Russia, for example, if people talk to us critically they would look over their shoulder to see who is listening; you have none of that feeling if you go to a country like Spain or a country like Brazil. People spoke quite freely in criticism of the government, back and forth.”

Not as bold as Buckley’s veneration for Franco whom he called “an authentic national hero” (National Review, October 26, 1957), lauding the fascist for saving Spain from “the visionaries, ideologues, Marxists and nihilists” in charge (of a democratically elected government). Oh well, at least it is still true that "Generalísimo Franco is still dead!"

PS: Photo above is of Vladimir Herzog, who crossed the government in Brazil back in 1975. He should have looked over the shoulder I guess.
By Matias Vernengo - December 17, 2013