Akyüz on the Global Crisis and Trade Imbalances 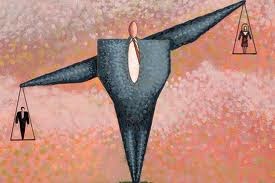 Yilmaz Akyüz, ex head of the macroeconomic and development division at UNCTAD, and chief economist at the South Centre has a new post on global imbalances. He says:


International trade has been the single most important channel of transmission of contractionary impulses from the financial crisis and recession in the US and the EU. After growing at an average rate of some 7 per cent per annum, the volume of imports by Advanced Economies (AEs) first decelerated sharply in 2008 and then fell by 12 per cent in 2009, largely because of the decline in imports by the US. It bounced back in 2010 due to a broad-based recovery, but lost momentum as Europe went into tailspin. Growth of total volume of imports by AEs barely reached 1 per cent in 2012. In order to avoid a sharp deceleration of growth, Developing Countries (DCs) have had to rely on their own markets or South-South trade. In fact, given the widespread economic downturn in AEs, the latter have also sought expansion in developing country markets in order to kick-start recovery.