Middle Income Trap or the Return of US Hegemony 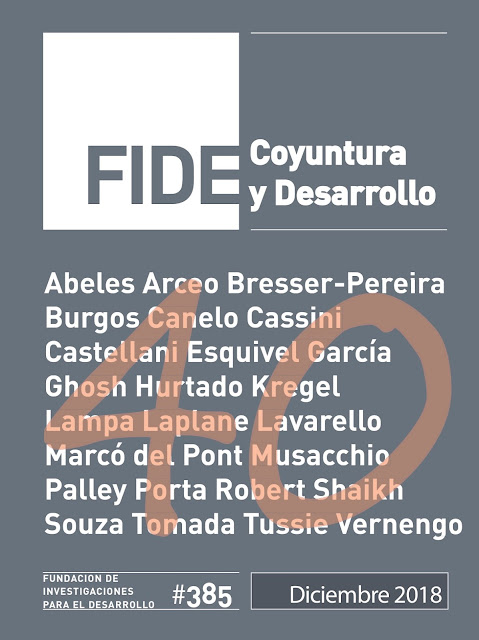 Short essay in Spanish for the special (40 year anniversary of the journal Coyuntura y Desarrollo, published by the Fundación de Investigaciones para el Desarrollo, FIDE). It is essentially a critique of the concept of middle-income trap and the idea of how the demographic transitions (discussed here before) affect the process of development. It suggests that the deindustrialization of the Latin American periphery results as much from the decisions in the hegemonic country to open up China, as from the decisions of the local elites to adopt neoliberal policies to punish its labor class. It is also noted that the deindustrialization of the central countries (particularly the US) should be taken with a certain degree of skepticism (see this old post), since manufacturing output went up (even if manufacturing employment has gone down, at least since the entry of China in the WTO), and the US maintains a significant leadership in key industrial sectors (let alone the military; see also this more recent post).
By Matias Vernengo - December 12, 2018