Robin Hahnel on the Fed & the pressure to raise interest rates 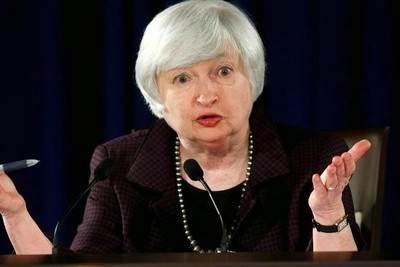 From The Real News Network


Translating from Fed speak, Janet Yellen is doing everything within her power to slow down the pressure that she's under to start raising interest rates here in the United States. We actually have a news network that today sort of asked the question, is Janet Yellen too socialist? And I think that's actually a good way for people to sort of understand what's going on. As much as any chairperson of the Federal Reserve Bank of the United States can be, she is actually trying the best she can to act in the interests of the general public, which is quite unusual. And so she is trying to delay as long as possible raising interest rates in the United States, mostly because she doesn't want to derail the sort of slow and tepid recovery that's going on and she understands that raising interest rates prematurely and too rapidly would have the significant danger that it would slow our recovery. And she's pointing out that there is no sign that there is inflation on the horizon, that the only reason the Fed should have to be raising interest rates really is if there is inflationary pressure and if there is a danger of inflation. And the people trying to convince the Fed to raise interest rates keeps claiming that we need to do this to prevent inflation, but they have no evidence on that side.