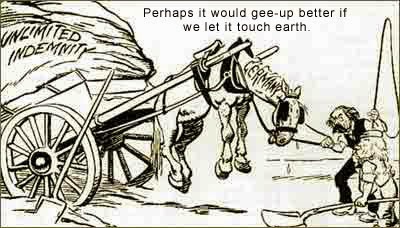 "The largest debt problems in terms of GDP faced in financial history have belonged either to the United States or to European Governments. Large debt problems in developing and emerging nations have usually stemmed out of a drop in GDP size due to a fall in export earnings and a rise in interest rates. The reason is that creditors stop lending at a certain point and start restructuring existing debt which leads to debt growth but it is not really new lending. In major nations, lending goes on as the strategic reason for borrowing has normally been justified: a war. As a result, the leading debt reduction and innovative management schemes are related to these. Contrary to the impression generated by extensive works on the Latin American and African debt, it is the under researched European and US historical debt that must be looked into in order to understand some historical solution patterns to debt problems. Current European very high debt levels (over 90% of GDP) are due partially to accumulated current account deficits of over 3% of GDP for over a decade plus the cost of bank rescues in 2009-2010 plus some countercyclical policy costs. Greece has additional debt due to major infrastructure works. It entered the Euro with a high debt level (around 100% of GDP) but the total GDP amount shrunk 33.3% from 55,318 million euros to 36,866 million euros in constant terms between 2007 and 2013 as a result of austerity policies. If GDP had remained stagnant, the index would be 131% and not 174.9% and rising."