Over the years I've heard of a new story about the 1920s. Mostly in class comments or in the papers of my undergraduate students. First in Utah, now here at Bucknell. The notion is that the 1920-21 recession was solved by laissez-faire policies. This fits the revisionist view about the Great Depression defended by Amity Shlaes and others. In other words, the depression was prolonged by the New Deal policies (I discussed those here).

A new book by James Grant, The Forgotten Depression, suggests exactly that the recovery in 1922 was the result of the lack of government intervention. The notion is that there was no fiscal stimulus, and yet the economy recovered. By the way, the book also suggests that the cause of the recession was the Fed's policy. I guess it was the first Fed caused crisis in this view, in line with Friedman's explanation of the Depression as the Great Contraction.

There is a relatively well-know and established story about the 1920s recovery and boom, which does not suggest that laissez-faire is a good idea. It suggests that it was a consumption boom associated to a bubble, and, hence, unsustainable leading to a collapse. The 1920s is when debt-driven consumption of mass produced goods became the norm, and when a whole set of new goods were available for the middle class (e..g cars, refrigerators, radios, etc.). A good description of that story can be found in Livingstone here (subscription required). In other words, in spite of wage stagnation, worsening income distribution, and lack of government stimulus the roaring twenties were possible as a result of private debt accumulation. And you know how well that ended.

There was also a housing bubble. Ahmad Borazan, who is working on these topics at the University of Utah, pointed out to me the paper by Eugene White on national housing bubble that bursted in 1926. In that respect it is worth noticing that bubbles and speculation on land were central for almost all booms and busts in the 19th century, as seen in the figure below. 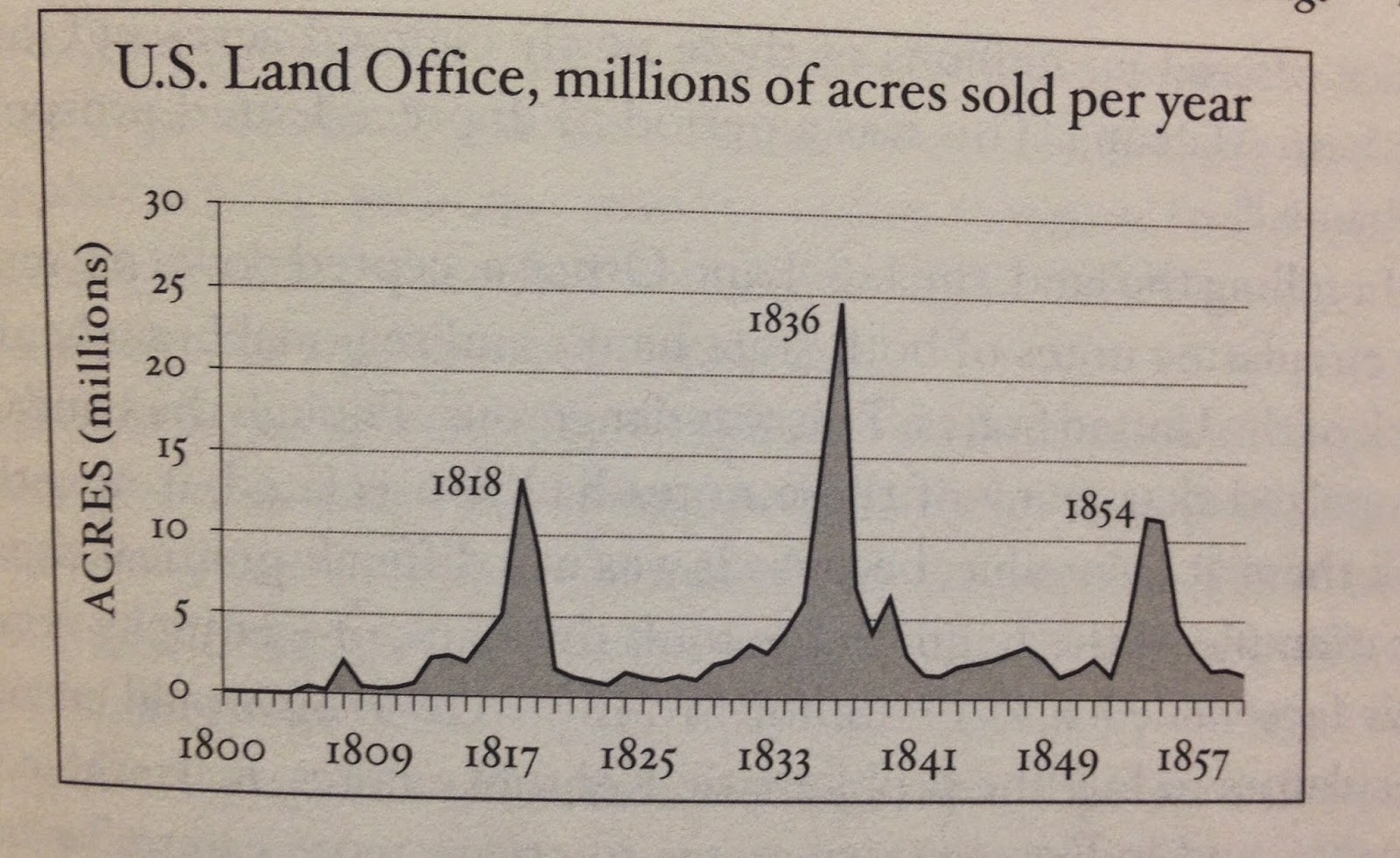 Note that there were financial crashes in 1819, 1837 and 1857, often associated to higher rates of interest in the UK, the main financial center back then, and to the collapse of commodity and asset prices. Housing bubbles seem to be the modern version of land speculation, when the frontier has vanished, and they seem to have played a role in the Great Depression and the last crisis.

PS: Figure above comes from Reynolds Nelson's A Nation of Deadbeats.
By Matias Vernengo - December 22, 2014