Grading. Slow posting as a result. Reading lots of replies on the Triffin Dilemma (more on that later). Interestingly many students, following the textbook (Montiel's International Macroeconomics) suggest that printing dollars was a way of dealing with the dollar shortage problems of the 1950s, as if the Fed was concerned with international liquidity problems when deciding on monetary policy. At any rate, several also suggest that money printing leads to inflation (no qualifier, like the economy must be at full employment, or something like that). Figure below for recent times. 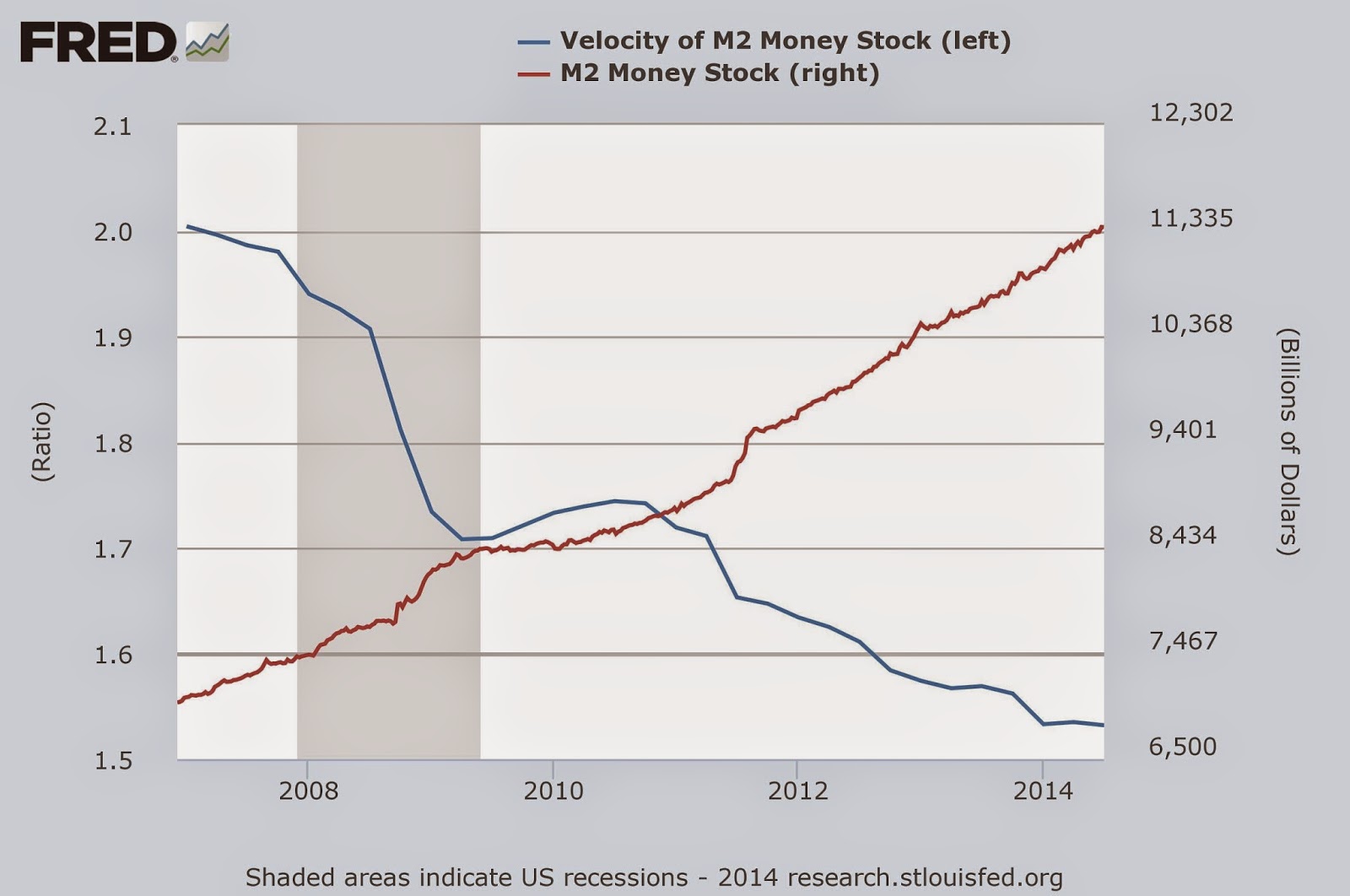 As can be seen the huge increase in money supply basically led to a reduction of the velocity of circulation. That's why inflation has been tame, and yes we are not at full employment (we rarely are). Back to grading.
By Matias Vernengo - November 10, 2014