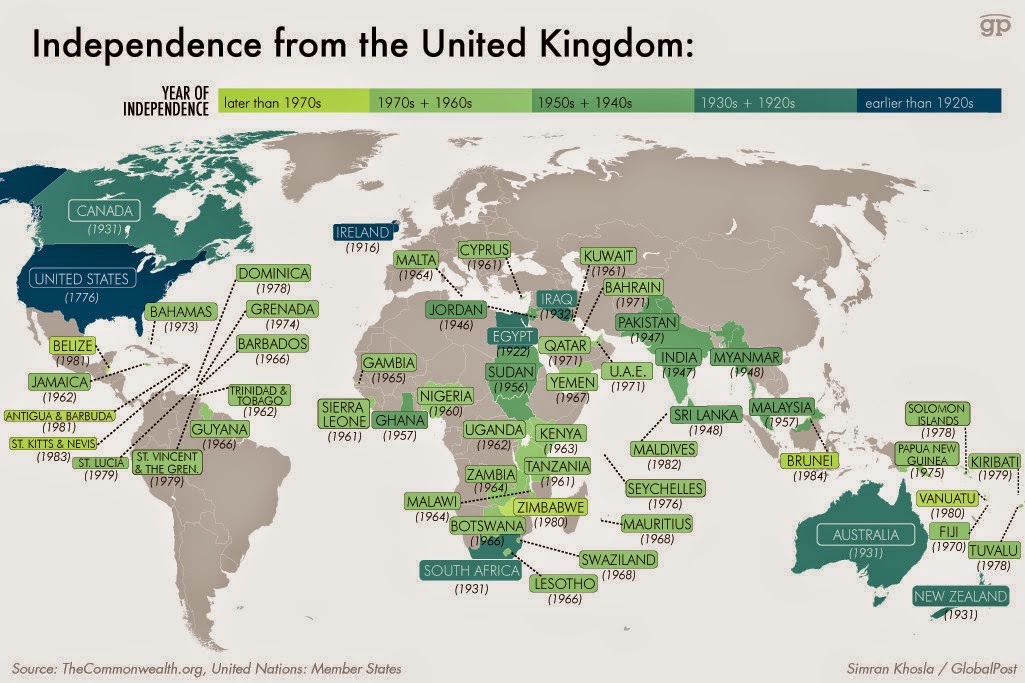 So, as the map above shows, independence from the UK is nothing new. And I personally have no particular opinion on whether independence is good or bad for Scots, although many on the left seem to think it's a good idea. However, it is undeniable that independence and maintenance of the pound is a terrible idea. Here is Wynne Godley, who I should add was in favor of the European Union, but not of the currency union as it was organized, in 1992 (from a previous post available here).


"the power to issue its own money, to make drafts on its own central bank, is the main thing which defines national independence. If a country gives up or loses this power, it acquires the status of a local authority or colony. Local authorities and regions obviously cannot devalue. But they also lose the power to finance deficits through money creation while other methods of raising finance are subject to central regulation. Nor can they change interest rates. As local authorities possess none of the instruments of macro-economic policy, their political choice is confined to relatively minor matters of emphasis – a bit more education here, a bit less infrastructure there."

So much for the possibility of a more social democratic Scotland after independence. A bit more spending on education, in exchange for a lot of austerity.  Mind you, these effects my take a long time. Wynne predicted the problems of the Euro in 1992.
By Matias Vernengo - September 18, 2014