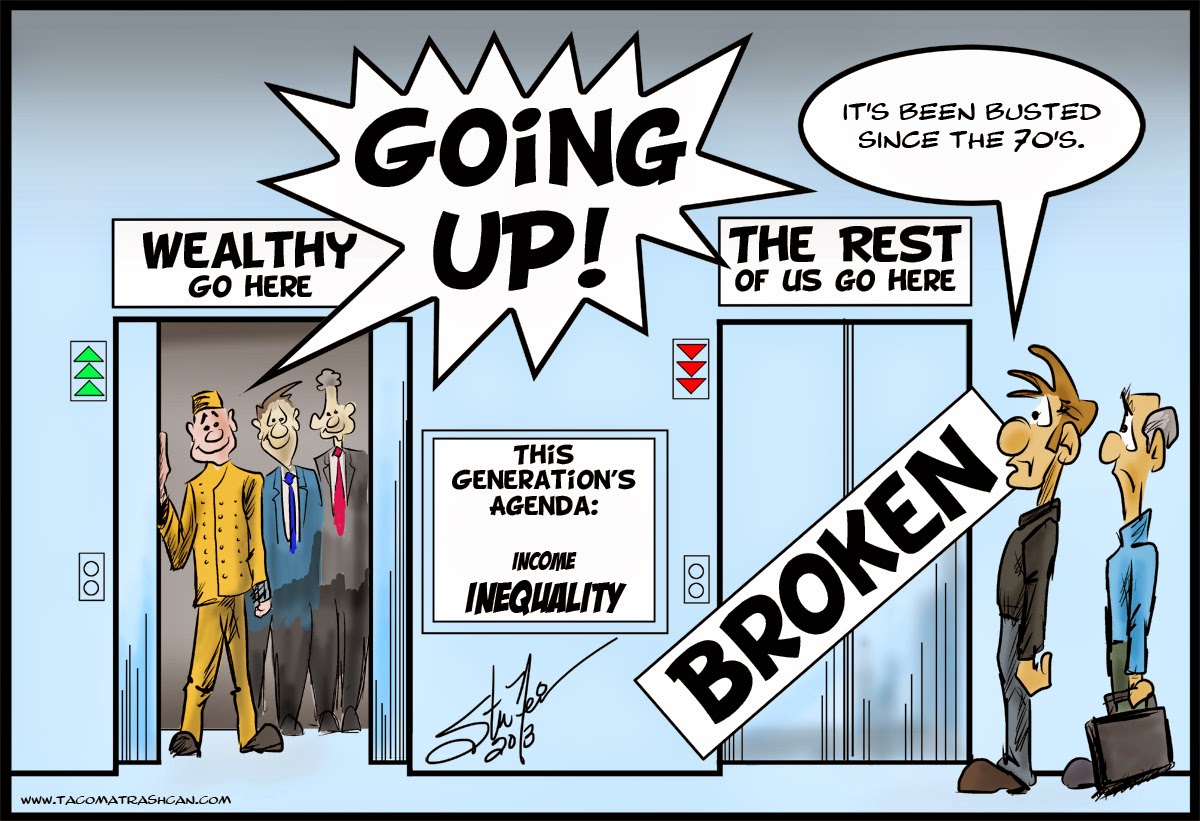 In the previous post, see here, Matias shared an EPI video on the need for significant wage growth to curb inequality, specifically starting with raising the minimum wage. As a follow up, below is from a briefing paper by EPI economist Elise Gould.


The last year has been a poor one for American workers’ wages. Comparing the first half of 2014 with the first half of 2013, real (inflation-adjusted) hourly wages fell for workers in nearly every decile—even for those with a bachelor’s or advanced degree. Of course, this is not a new story. Comparing the first half of 2014 with the first half of 2007 (the last period of reasonable labor market health before the Great Recession), hourly wages for the vast majority of American workers have been flat or falling. And even since 1979, the vast majority of American workers have seen their hourly wages stagnate or decline—even though decades of consistent gains in economy-wide productivity have provided ample room for wage growth. The poor performance of American workers’ wages in recent decades—particularly their failure to grow at anywhere near the pace of overall productivity—is the country’s central economic challenge. Indeed, it’s hard to think of a more important economic development in recent decades. It is at the root of the large rise in overall income inequality that has attracted so much attention in recent years. A range of other economic challenges—reducing poverty, increasing mobility, and spurring a more complete recovery from the Great Recession—also rely largely on boosting hourly wage growth for the vast majority.