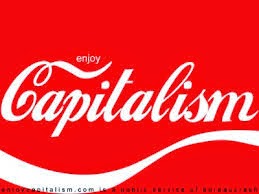 Jamie Galbraith on how policy, rather than capitalism per se, is the real cause of inequality. In other words, a more equalitarian version of capitalism is possible (anybody remembers the Golden Age?). He says:


"Finance has driven income inequality, because credit booms accelerate economic growth and because bankers tend to be rich. In the US income inequalities sharpened in the information-technology boom in 2000, again in the housing-finance bubble in 2007, and yet again as the banks and the stock market recovered after 2010.

Across the world, income inequality became more marked in the two decades from 1980. The trend started with the global debt crisis in Latin America and Africa, swept through central and eastern Europe, and moved on to Asia. Only countries that were outside the global financial system (notably China and India) were largely unaffected in the 1980s – though in the 1990s inequality rose with market reforms in both places. Worldwide, as a very broad generalisation, it seems that inequality peaked in 2000.

Political structures matter: social democracies are more egalitarian. Institutional changes matter: military coups (Chile in 1973, Argentina in 1976) precipitated rising inequality. Revolution (Iran in 1979) brought a sharp fall. The rise in the 1980s and 1990s was stronger in countries with weak institutions and weaker in countries with strong ones."

Neoliberalism was the culprit. There is much nuance lost in the current debate on Piketty's Capital. Read rest here (subscrition required).
By Matias Vernengo - May 27, 2014