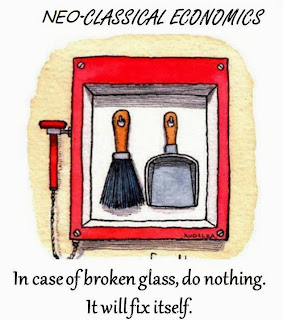 The paper Prof. Bortis presented at the 1st World Keynes Conference at Izmir University in Turkey is here. From the intro:


The paper starts with considering the domination of the neoclassical exchange paradigm since the Marginalist Revolution 1870-1890, brought about by Alfred Marshall’s Principles of Economics. The inability of neoclassical theory to properly explain the formation of the fundamental prices prevailing in modern monetary production economy, the prices of production to wit, through the mechanism of supply and demand and to cope with the deep depression of the 1930s initiated a classical-Keynesian counterrevolution in the course of Shackle’s Years of High Theory 1926–1939 (Shackle 1967), a counterrevolution which was accomplished in 1960 through Sraffa’s Production of Commodities by Means of Commodities (section 2). However, as is alluded to in section (3), a wide gap existed between Keynes’s General Theory and Sraffa (1960), Keynes emphasising uncertainty about the future associated with the various investment projects, Sraffa putting determinism to the fore with the prices of production being governed by technology and distributional institutions. Section four deals with Pasinetti’s effort to close the gap between Keynes and Sraffa, which opens the way to the classical-Keynesian synthesis of Keynes and Sraffa, set out in the central section (5). In the following section (6) the classical-Keynesian system of political economy is compared with neoclassical-Walrasian economics made operational by Marshall; here we also ask the question as to which of the two theoretical systems is more plausible. In section (7) classical-Keynesian economic policies are set out. Some implications of classical-Keynesian political economy for political philosophy and the associated political system are exhibited in section (8). The concluding remarks emphasise the necessity for a new economic, financial and political world order.

Very similar to the ideas developed in my old graduate history of thought course.

PS: Geoff Harcourt's book on Post Keynesian economics, which also tries to put together the old classical political economists and Marx with Keynes, is available here.