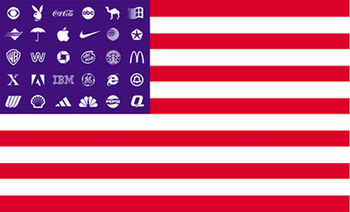 Even though the Doha Round of the World Trade Organization has been completely stalled with little progress, which is really not a bad thing for most developing countries, the trade agenda of developed countries continues to advance with bilateral Free Trade Agreements (FTAs) and Bilateral Investment Treaties (BITs) [we discussed the Colombian FTA here].

These treaties are even more restrictive than the WTO, and reduce the policy space of developing countries, by imposing more severe and restrictive policies on property rights, judicial jurisdiction in disputes with foreign investors, government procurement policies, management of capital flows, etc. In this sense, it is important to note the recent dispute between Argentina and the British BG Group, that invested on Metrogas, a natural gas distributor in Buenos Aires (now controlled by the YPF, the nationalized oil company), in the early 1990s after Argentina signed a BIT with the UK to promote foreign investment (for all the BITs signed by Argentina go here).

The risks of these treaties should be clear by now. In the aftermath of the 2001/02 crisis the Argentine government froze the prices of gas, besides defaulting on foreign debt and devaluing its currency, leading to significant losses to the BG Group. Even though the BTI implied that the UK firm had to first sue in Argentina, they filed for arbitration in the US and the arbitration panel argued that the post-crisis measures in Argentina had restricted BG Group’s access to courts or renegotiation awarding the company around US$183 millions.

Now the case is at the Supreme Court and Todd Tucker tells us that "based purely on the tenor of the oral arguments, I would predict some type of BG Group victory." Note that if this ruling is actually favorable to the BG Group then it is clear that the well-being of the population (unemployment reached 23% almost, and poverty skyrocketed after the crisis) which benefit from the freezing of gas prices, is to be put behind the interests of international investors.
By Matias Vernengo - December 05, 2013