Economists with K, or rediscovering something never lost 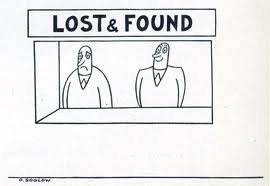 So there is a certain buzz about the two old Ks, Keynes and Kalecki, and what Krugman and Konczal, the new Ks, have been saying about their theories. Mike is more of a journalist, and it is certainly good that journalists get Keynes right. And even better if they get Kalecki. On Krugman I said enough. He should take a page from Keynes and learn that by 1936 he was:


"no longer of the opinion that the concept of a 'natural' rate of interest, which previously seemed ... a most promising idea, has anything very useful or significant to contribute to our analysis."

In all fairness, for heterodox economists this rediscovery of Keynes/Kalecki is both welcome and a bit frustrating (check the comments in Quiggin post; someone thinks that DeLong was the first to point the relevance of Kalecki's "The Political Aspects of Full Employment").

But here is my advice to recovering neoclassical economists, check these other economists with K, you might learn something: Kahn, Kaldor, Keyserling, Klein, Knapp,  and Kondatriev. Kuznets is often remembered, so no need for rediscovering him, I think. And you can always go back to Gregory King, if you're so inclined. A good active economist with K, that understands both Keynes and Kalecki and how their theories are related to the old classical economists and Marx is Heinz Kurz. I have a list with the Ms and Ss for you to 'rediscover' too.

PS: Just three books on Kalecki published a few years after he passed away that you may want to check out are George Feiwell's The Intellectual Capital of Michal Kalecki: A Study in Economic Theory and Policy, Malcolm Sawyer's Macroeconomics in question: the Keynesian-monetarist orthodoxies and the Kaleckian alternative, and The Economics of Michał Kalecki. For a discussion of Kalecki's views on economic development see this paper by Jayati Ghosh.
By Matias Vernengo - August 20, 2013