More evidence that austerity does NOT work

The US government continues on a quest to show that austerity does not work. The BEA announced that growth in the 1st quarter was revised down to 1.8 percent (see graph below). 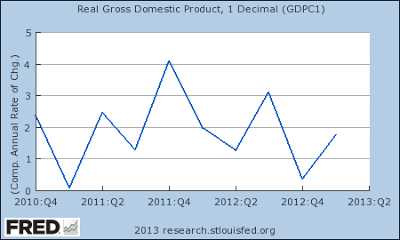 From the report is clear why we have a slowdown. Yes consumption grew less than expected, but the culprit is government spending that has been falling by almost any measure. From the BEA news release: