A Shackled Revolution? The Bubble Act and Financial Regulation in 18th Century England 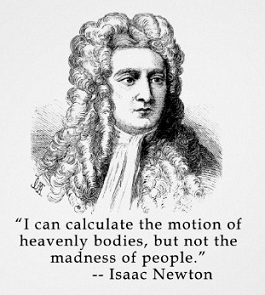 New Working Paper by Bill McColloch, which refutes anti-Keynesian (crowding out) views on the Industrial Revolution (IR). From the abstract:

"Revisionist estimates of growth rates during the British industrial revolution, though largely successful in presenting a more modest picture of Britain’s ‘take-off’ prior to the 1830s, have also posed fresh analytical difficulties for champions of the new economic history. If 18th-century Britain was witness to a diffuse explosion of ‘useful knowledge,’ why did aggregate growth rates or industrial output growth rates not more closely shadow the pace of technological change? In effort to explain this paradox, Peter Temin and Hans-Joachim Voth have claimed that a few key institutional restrictions on financial markets – namely the Bubble Act, and tightening of usury laws in 1714 – served to amplify the "crowding out" impact of government borrowing. Against this vision, the present paper contends that the adverse impact of financial regulation and state borrowing in 18th century Britain has been greatly overstated. To this end, the paper first briefly outlines the historical context in which the Bubble Act emerged, before turning to survey the existing diversity of perspectives on the Act’s lasting impact. It is then argued that there is little evidence to support the view that the Bubble Act significantly restricted firms’ access to capital. Following this, it is suggested that the “crowding out” model, theoretical shortcomings aside, is largely inapplicable to 18th century Britain. The savings-constrained vision of British capital markets significantly downplays the extent to which the Bank of England, though founded as an institution to manage the public debt, provided the entire financial system with liquidity in the 18th century."

The paper by Temin and Voth is here. Their recently published book is here.

On whether the British government had a role in financing the IR, it is worth remembering Pressnell's (subscription required) words, for whom:


"Amongst the half-truths of economic history is the generalization that British Governments did not finance the Industrial Revolution. That public financial aid was not a regular and conscious process cannot be doubted; equally, it is indisputable that Government was not distinguished during the eighteenth and early nineteenth centuries by the provision of financial facilities commensurate with a period of economic expansion. In practice, however, a considerable volume of public money swelled the funds of private bankers, and in this indirect fashion helped to fructify private enterprise."

Pressnell suggests that country bankers were often tax collectors, and closely related to industrial activities. The incredible growth of public debt, to 260% of GDP by the end of the Napoleonic Wars, and the increase in government revenue to pay for debt service, implied a signiifcant increase in liquidity which is associated to the financing of the IR.

PS: Newton (pictured above) lost his pants in the South Sea Bubble, and also was famous for getting the exchange rate between gold and silver wrong (he was the Master of the Mint), leading to hoarding of silver, and the beggining of an effective Gold Standard in Britain.
By Matias Vernengo - March 20, 2013