Parasites, vultures and other economic agents 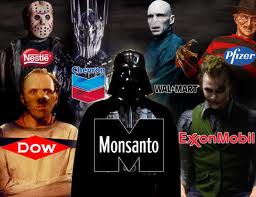 The decision by Facebook cofounder, Eduardo Saverin, to relinquish his US citizenship led to a huge outcry, and to new bi-partiscan (a very rare event indeed) to tax him in advance and prohibit him from re-entering the country (the Ex-Patriot Act).  This is not a new phenomenon by the way. Kenneth Dart, inheritor to a styrofoam cup company and a few millions (billions?), renounced his US citizenship and became a citizen of Belize, a flight capital haven, in the 1990s for the same reason.

William McNeill differentiates between the micro-parasites and the macro-parasites, and Saverin and Dart are clearly in latter category. Macro-parasites also benefit from the host, and harm it in the process. And they evolve too. Dart is the owner of a Vulture Fund that made millions (700 or so) out of the Argentinean default back in the early 2000s.

Now, even though it has not received much attention, his Vulture fund has cashed US$ 400 millions out of the Greek payments after the last debt restructuring deal. Yep, there is where the money of Greek tax payers squeezed by the austerity programs of the EU and the IMF goes. Parasites and vultures exist, and will continue to thrive in capitalism, but there is no reason that governments should allow that to happen.

The impunite of parasites, vultures and other types of economic agents results from the lack of regulation with which corporations can act, and that has been the backbone of the neoliberal agenda. But I'll let the discussion of corporations for another post.

PS: Somebody reminded me that what Bain Capital and other private equity firms do is not very different from the parasitical behavior described above.
By Matias Vernengo - May 27, 2012