MMT and its discontents 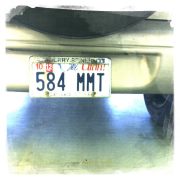 The Washington Post had a substantial profile on what is now termed Modern Monetary Theory (starts with Jamie Galbraith, and then goes on to the Kansas version of post Keynesian economics). A few reactions in the blogosphere. Two worth noticing are by Dean Baker and Jared Bernstein that provide qualified support.

Dean suggests that beyond fiscal deficits stimulus should also come from monetary policy (lower interest rate), and a more depreciated dollar. My guess is that, at least the Kansas MMTers would be fine with both, but suggest that lower rates of interest are not much in play now. But from what I understand a depreciated dollar has been seen as part of a solution by most progressive economists. Randy Wray, for example, is certainly less concerned with the size of a trade deficit than Dean, since the US is the issuer of the key currency [I have less confidence on flexible exchange rates as a way of solving balance of payments constraints in developing countries, but I'll leave that for another post].

My concern with Dean's notion of a more devalued dollar, which is generally fine and will not lead to the demise of the dollar in the near future, is that for the workers with low wages that depend on cheap imports at Walmart it implies higher prices and lower real wages. A boost to increase real wages would be necessary [see Jamie on that here]. So better income distribution should be the most important channel to boost consumption on a sustainable way.

Jared Bernstein fundamentally adds that taxes on the wealthy should be increased. Which he argues from a political standpoint, and I think it is quite reasonable, since that is one way (besides hiking minimum wages, and repealing right to work and other anti-labor legislation) to improve income distribution.

On a more personal level, my problem with the WaPo piece, and the general discussion of MMT, is that for the most part it sees MMT as just a policy program (the Kansas one is, for example, an Employer of Last Resort of some type, which is fine with me, by the way), and does not separate the theoretical discussions from the policy stuff.

Endogenous money, chartalism, and functional finance, are relevant because they fit the theoretical framework of a coherent heterodox alternative to the mainstream based on Keynes' Principle of Effective Demand [for a full alternative you need also long term pricing; in Kansas your man for that would be Fred Lee]. For my views on that go here. I think, hence, that a coherent alternative to the mainstream, beyond Keynesian economics, requires a good dose of the old and forgotten methods of classical political economy.

PS: My point about theoretical versus policy matters is driven by the fact that on certain policy issues, like the need for further fiscal stimulus, New Keynesians like Krugman and DeLong would be fundamentally in agreement with MMTers.
By Matias Vernengo - February 20, 2012