China on the verge? 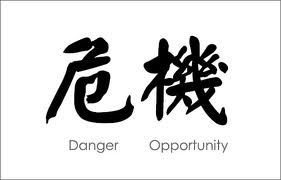 It has become increasingly common to suggest that on top of the European debacle and the sluggish recovery in the United States, China might be on the verge of a collapse, and with it the last bastion of economic growth in the world economy would also be gone. Not only the center is stagnant, but also the periphery of the global economy is very fragile. But the probability of a Chinese slowdown is greatly exaggerated.


Paul Krugman, who has been correct about the need for fiscal expansion in the United States, and about the European Central Bank (ECB) mismanagement of the Greek crisis, for example, has suggested that China is in the middle of a housing bubble that can burst at any time (see also Jayati Ghosh and C. P. Chandrasekhar here for a similar, but broader view of the dangers in 2012). This view insinuates that growth in China is fundamentally dependent on domestic demand, but that the sources of the expansion are fragile. It, further, suggests that China now looks very similar to the US before the Lehman Brothers crisis in September 2008.
Read the rest here.
By Matias Vernengo - January 03, 2012